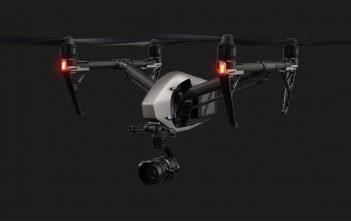 When DJI introduced the Inspire 1 back in 2014, the idea was to have a product that would be appealing to both professional filmmakers and serious hobbyists alike.

Since that time, DJI has greatly expanded their consumer level offerings with their best-selling Phantom series of drones, and the need to appeal to both professional and consumer markets with one product has all but disappeared.

Thus, the newly announced Inspire 2  was designed to be aimed solely at professional filmmakers.

Tougher and more powerful than the original, the Inspire 2 features a new magnesium-aluminium body, that reduces the unit’s overall weight, yet increases the stiffness of the frame. 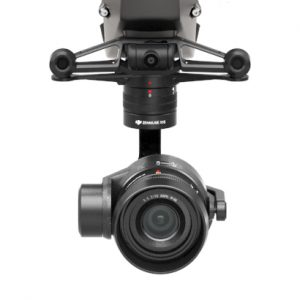 Secondary camera is located directly above the main camera

The Inspire 2 is also the first drone to feature a dual camera system and was designed for dual operators, i.e. one to pilot and one to frame/film the action with each receiving their own independent video feed.

The main camera (attached to the underside of the body by a detachable three-axis gimbal) is capable of full 360-degree rotation so that operators can capture the action in any direction.

As with the original model, the Inspire 2’s legs raise up so that they won’t impede the primary camera’s view.

The secondary camera mounted on the front of the unit, is a simple two-axis unit that was added to allow the pilot/operator to always see where the drone is heading.

Though the Inspire 2 was envisioned as a dual operator system, it’s solo flight capabilities have been upgraded as well.

The Inspire 2 utilizes computer vision and autonomous navigation to make solo flying a breeze! Like the Mavic Pro and Phantom 4, DJI has placed a both visual (front and bottom) and infrared (on top) avoidance sensors around the body.

The computer vision system and automatic subject tracking also allow the operator to lock the camera onto a single subject and keep it firmly pointed at it no matter where the drone is flying.

DJI also designed a completely new image processing system called CineCore 2.0 which is able to capture CinemaDNG and Apple ProRes 5.2K video at a staggering 4.2Gbps which can be stored simultaneously on a new onboard CINESSD drive (120GB or 480GB options) and a Micro-SD card.

The Inspire 2 will be compatible with either of the new Zenmuse X4S and X5S cameras. 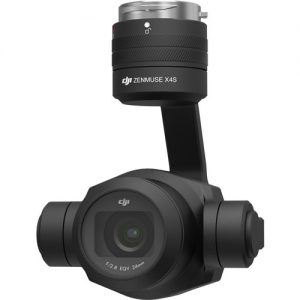 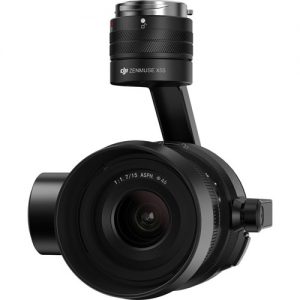 As mentioned at the beginning, the Inspire 2 isn’t going to be suitable for the average consumer. If you are looking to get into the wonderful world of Drones, there are plenty of other options for you to explore.

However, if you are someone who is looking to expand your options when it comes to filmmaking and not break the bank while doing it, the Inspire 2 might just be the drone you are looking for.