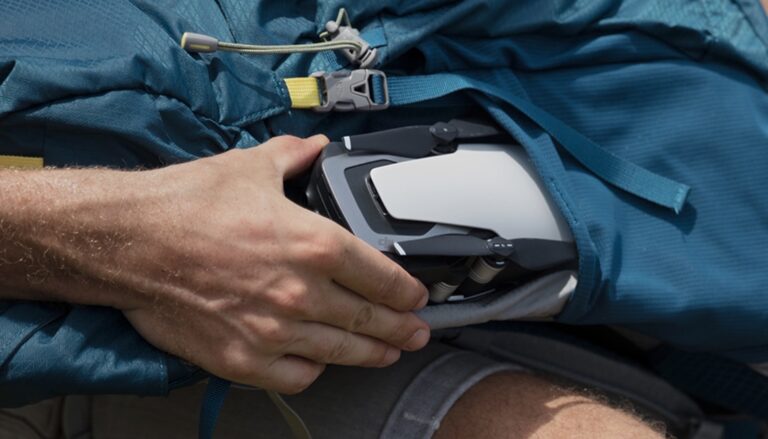 The newly announced DJI Mavic Air is a tiny powerhouse that features a 3-axis gimbal camera (the first in a drone this small) capable of capturing 4K 30fps 100 Mbps UHD video, 21 minute (max) flight time and a range of up to 4km.

Combines the best features of the Mavic Pro & SPARK

It features a redesigned ventilation system to keep it from overheating as well as a new recessed 3-Axis gimbal casing and anti-vibration dampening system to keep your footage rock steady.

In terms of footage, the Mavic Air utilizes a 1/2.3-inch sensor capable of capturing 4K video at 24fps or 30fps in addition to 12-megapixel still images via a wide angle 24mm f/2.8 lens.

A marvel of engineering and design, the Mavic Air was built to go wherever adventure takes you. Inheriting the best of the Mavic series, this ultra-portable and foldable drone features high-end flight performance and functionality for limitless exploration.

The Air will also capture panoramic images in horizontal, vertical and 180° formats in addition to new 32 MP 3D Sphere Panoramas which DJI says the Air creates in 8-seconds by stitching together 25 images.

The Air also features new and improved HDR algorithms that intelligently set the right exposure settings according to lighting conditions.

Images/footage are captured and stored to either Micro SD card, or to 8GB worth of internal storage to be exported to your computer via a USB 3.0 Type-C port when you’re done shooting for the day.

Song of Myself – Shot on Mavic Air 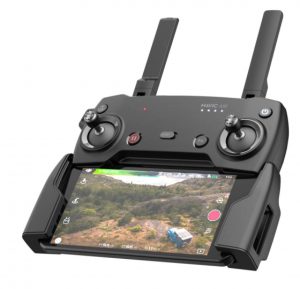 Control wise, DJI has incorporated an improved seven-camera obstacle avoidance system with forward, backward and downward facing sensors which uses a 3D-mapping system to fly around over over obstacles rather than just stopping.

They have also introduced a new foldable remote controller designed to hold your smartphone.

The Mavic Air features ActiveTrack mode which can follow up to 16 subjects simultaneously, SmartCapture which allows for hand gestures and TapFly which tells your Air where to fly by tapping the spot on your phone.

There is also QuickShots which are made up for 6 pre programmed flight modes including Rocket, Dronie, Circle, Helix (all found on the SPARK) plus two new ones called Asteroid and Boomerang.

In terms of price, the Air will be less that the Mavic Pro coming in around $1080 CDN for just the drone or  $1350 in the Fly More Combo. Units should start arriving in stores around the beginning to middle of February.