As we discussed in a blog post in March of this year, Canada’s original interim rules for drone pilots were extremely restrictive. So restrictive in fact, that if you wanted to fly your drone for recreational purposes, you would in essence, need to be on a deserted island.

Now, after much lobbying by Canadian drone operators and a group called NODE – the Network of Drone Enthusiasts –, the Canadian Government has introduced a more relaxed version of their interim drone rules.

“The revised Interim Order is a step in the right direction. The extremely restrictive rules in the original Order prohibited a wide range of perfectly safe activities that are permitted by many other jurisdictions worldwide. The new version delivers some improvements. We commend the government for taking this step while working on permanent rules.” – Brendan Schulman, DJI Vice President of Policy and Legal Affairs. – Source www.thedigitalcircuit.com

While the new rules might not be as “relaxed” as some where hoping for, they have in fact opened up a huge swath of areas, especially in and around the major cities in which you can legally & safely fly your drone as you can see on the map below. (Prior to the new rules, almost the entire map showed a “no fly zone”) 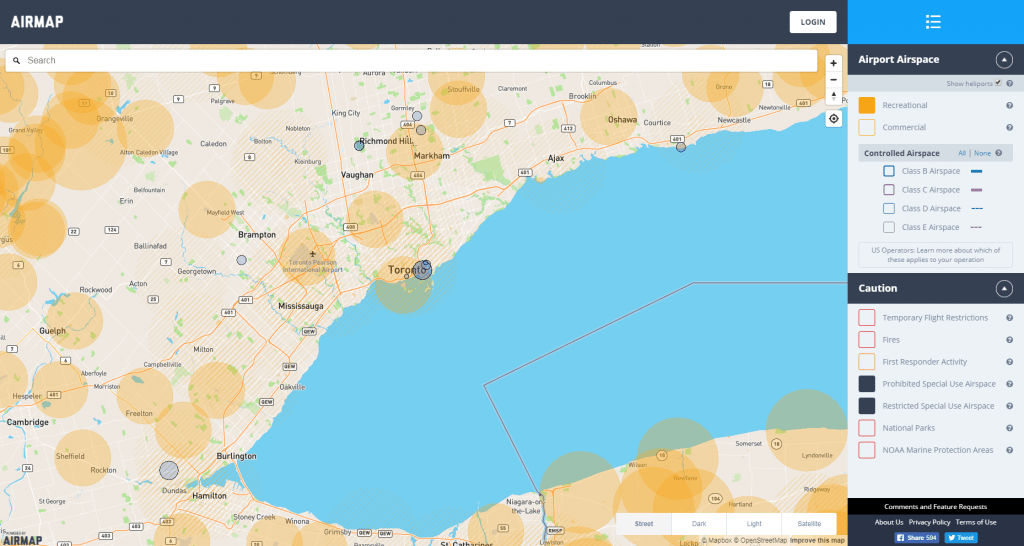 Keep in mind that the new rules are designed to make it easier for recreational drone pilots to fly. If you plan on using your drone for business or profit, you will still need to adhere to the rules for non-recreational drone operators.

Under the revised rules (changes in bold), if you fly your drone for fun and it weighs more than 250 g and up to 35 kg, you are now allowed to operate your drone:

Meet Spark, a mini drone that you can control with your phone or even with hand gestures. With its high-performance camera and 2-axis gimbal, you enjoy UltraSmooth footage. And because it’s equipped with DJI’s intelligent flight control technologies, it’s a snap to fly.

So there we have it.

What do you think of the new rules? Let us know in the comments section below.