Behind the Scenes: Bojan Uzicanin Documentary Part One 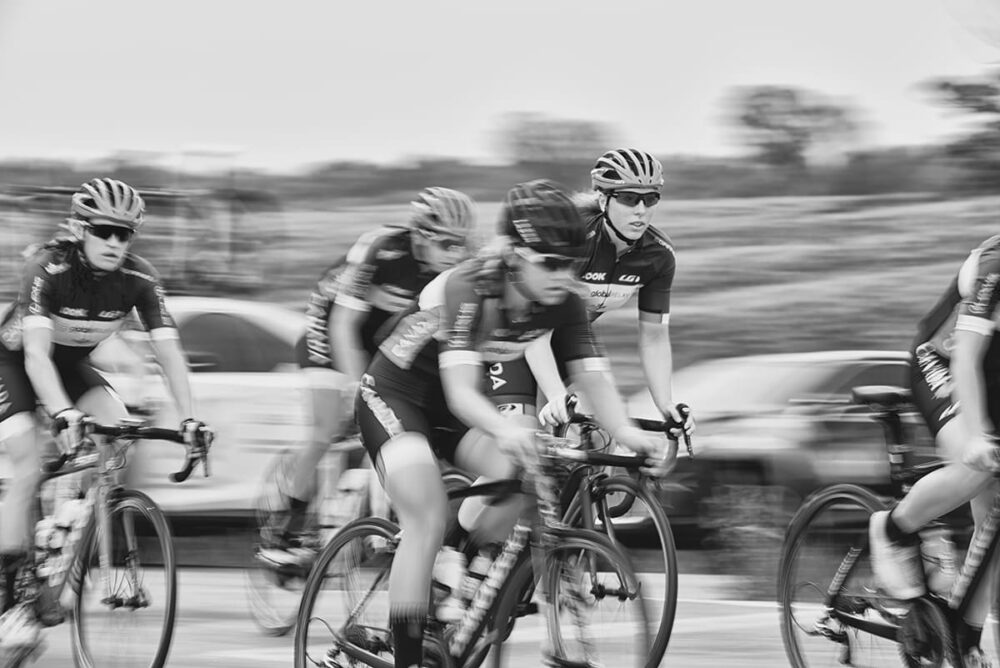 The following is a behind-the-scenes look at the making of an upcoming video documentary for the Vistek YouTube channel highlighting cycling photographer Bojan Uzicanin as he photographed the Canadian Women’s Olympic Cycling Track Team during their morning recovery rides.

The day started early, just as the sun was coming up in fact. Our production team, led by Vistek Video Producer Dale Sood, met in the Vistek parking lot to pack the gear into our vehicle for the day’s shoot.

Gear loaded, we headed out to rendezvous with our subject for the shoot, photographer Bojan Uzicanin before heading to our final destination the Mattamy National Cycling Centre in Milton, Ontario.

Once we arrived at the facility, we immediately began unloading and setting up our gear. We had a limited amount of time to get set-up so things moved along at a pretty fast clip.

As we were setting up, Bojan was getting ready for his own shoot. He began discussing the plan of action with the coaching staff, and with the team as well.

Because part of our day involved photographing the riders while out on their recovery ride, we also had to prepare our vehicle so that both Bojan and Dale could shoot out of the back while driving.

The solution for this was to using climbing belts that were attached to the child seat restraint attachment points on the back seats. This ensured that they wouldn’t fall out while we were moving.

With everything set-up and ready to go, we began to film Bojan as he worked through the first part of his photo shoot which involved a group shot of the riders with their pace cars in the background. The second part was getting shots of them as the lapped around the outside the Velodrome before heading out on the road.

Once we had the static shots we needed, we loaded the gear up to begin shooting the team out on the road. This involved both Dale and Bojan sitting in the boot with the tailgate open, Bojan shooting the riders, and Dale filming Bojan.

Driving a car with two people hanging out the back (even strapped in) requires a lot of concentration, especially given that it was an open and not closed course, with other cars pay attention to. Luckily for us, the roads we drove on were, for the most part, devoid of traffic.

After Bojan had the rolling shots he wanted, we pulled the vehicle over to capture some more of our planned static shots this time from the side of the road.

Once again, grabbing the gear from the vehicle, it was set-up and placed in the correct positions for our filming. While we were doing all of this, Bojan was capturing some shots of the riders as they rode back and forth along the road route.

Outdoor shoots can cause unexpected situations, and ours was no different. As we were setting up the gear at the side of the road, an unmarked police van pulled up alongside to inquire as to what we were filming. We explained what was going on, and with the riders coming down the road towards us, they seemed satisfied and drove off down the road.

Our time with the riders was drawing to a close and with ominous looking skies on the horizon, we set about getting the final shots that we needed before getting back into the vehicle for our drive back to the Velodrome where we bid farewell to everyone and began our drive through the pouring rain back into the city.

This shoot wouldn’t have been able to happen without the generous cooperation of the Canadian Women’s Olympic Cycling Track Team, their coaching staff, our production partner, Sony Canada and of course Bojan Uzicanin for allowing us to film him while he was shooting.

Also, big thanks to the Vistek production team consisting of Dale Sood, Chelsea Springgay and William Lam for ensuring that the day went as well as it did!