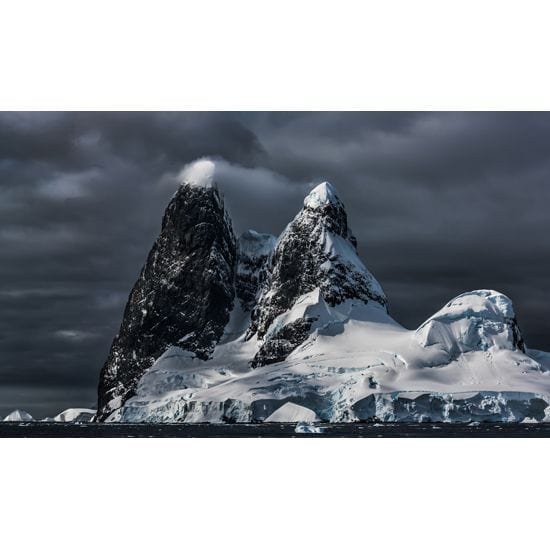 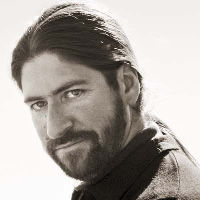 In advance of his upcoming workshop at Vistek in Toronto as part of the Scotiabank Contact Photography Festival, we wanted to learn a little more about this award winning photographer and world renowned photo artist.

American photographer Joyce Tenneson, once said, “John Paul Caponigro is the rare combination of gifted artist and master technician. He works from the heart to create images that are poetic and evocative, and at times, mystical. He is someone whose sensitivity and intelligence work to break new ground, and someone I will enjoy watching in the years to come.”.[1. http://en.wikipedia.org/wiki/John_Paul_Caponigro]

A native Bostonian, now living in Maine, John Paul was born in 1965, and raised in a household that oozed artistic talent. His father, Paul Caponigro is an award winning photographer, with works included in collections at the Guggenheim, the Whitney and the San Francisco Museum of Modern art just to name a few.  His mother, Eleanor Caponigro, is also a well-known graphic designer, (who incidentally, has designed many world famous photographer’s photo books), and painter in her own right.

Although art has always been a part of his life, John Paul didn’t fully commit to an artistic career path until after graduating from high school. At one point, his career aspirations would have led him down and entirely different path as he “seriously considered becoming a marine biologist.”

When asked how influential his parents were on his decision to become and artist, John Paul replied “both of my parents have been a tremendous influence on me. The laid my foundations in photography (dad) and painting (mom).”

While his parents were clearly a major influence in John Paul’s decision to become and artist, they weren’t the only ones who held sway. In 2007 interview with Paul Slaughter for AfterCapture magazine, John Paul stated that, “As a young boy growing up we had an endless parade of colorful characters, artists, musicians, writers, dealers, curators and critics, all with passionate opinions, parading through my parents studios. I learned a lot about life and art by just looking and doing. And, of course, education is continual so I learn from my colleagues and workshop students alike.” [3. http://www.johnpaulcaponigro.com/about/interviews/aftercapture/]

It would seem that the seeds of John Paul’s long standing love of photography began sometime before the age of four, while on a trip to Ireland with his parents. He tells us that one of his earliest memories as a photographer is of “photographing a black cat in an Irish field” with his mother which was followed by “the amazed look” on her face when, after developing the film “the cat couldn’t be found in any of the several images”  that they captured that day. 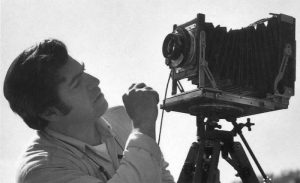 After hearing about the cat photos, we were curious to know what the first camera he owned was. While John Paul wasn’t able to recall his first camera, he did say that “the most significant camera I remember receiving as a gift was one of the two Dierdorff cameras my father used to photograph the megalithic monuments in the British Isles.”

After leaving high school, John Paul spent two years at Yale, followed by the University of California, Santa Cruz. It was there that he trained first as a painter and later as a photographer. During his summer breaks continued to studied photography with his father, learning about traditional black and white printing from him, and colour printing from printer Jim Dow.

John Paul’s first public exhibit took place 1986 at the Maine Media Workshops with his images standing along those of his father, Eliot Porter and George Tice. This exhibition that gave him the confirmation that he could “do this” and do it “well”.

In 1991, John Paul became an artist in residence at The Center for Creative Imaging, an “Eastman Kodak Company facility designed to teach digital imaging and related subject matter to artists, design professionals, photographers and production staff” [3. http://en.wikipedia.org/wiki/Center_for_Creative_Imaging] located in Camden Maine. It his time at the center, but especially his first solo exhibit in 1994, that in his words “set a course for my career.”

Tools of the trade…

It’s hard for most of us to keep up with the ever changing “tools of the trade”, but this constant flow of new technology hasn’t deterred John Paul in the slightest. As an early adopter of the latest trends, he says that he enjoys the “flexible mindset working with new tools encourages”. 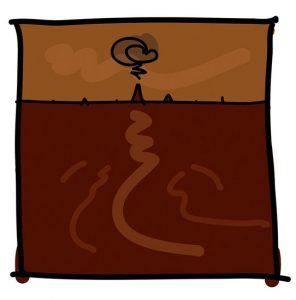 Despite having access to all this technology, one of John Paul’s essential tools is still the good old pencil/pen and paper as is evident in his sketches and other non photographic work. His other essential tools include his Apple iPhone, Mac Book Pro, Canon 5DMkIII, Adobe Lightroom, Photoshop and of course Epson printers.

The time it takes…

When John Paul started, there were no digital images and “post-processing” was done by hand in the darkroom and there was a certain amount of suspense not knowing how the images would turn out, followed by thrill when they did.

Today, most if not all post-processing is done with software, and it would seem to us, that with the ability to manipulate images and make backups, one might be missing that suspense/thrill. When asked about this, John Paul feels that “more than ever, the thrill of discovering what an image will become through post-processing is alive”.

This is a good thing, given the time and effort involved in taking an image from concept to completion. We learned that the longest John Paul has spent on a single image clocked in at a staggering 40 hours. That of course is an extreme example, and the amount of time can vary a lot, as he points out, “Concept – 1 second … but really 50 years and counting. Exposure – 1/125th of a second … up to several hours. Post-processing – 1 minute … up to 40 hours. Printing – 5 minutes up to 6 hours. Yet, I’ve revisited and remastered images I made 20 years ago. How do you measure the significance of the times in between?” 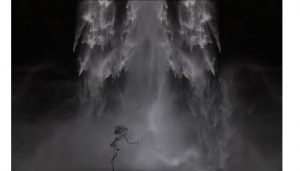 John Paul will be in Toronto during the Contact Festival, and Vistek is honoured to offer you the chance to spend some time with him during his three day workshop, Mastering Fine Art Digital Printing at Vistek Toronto. This is a once in a lifetime opportunity to learn from a master, and we promise you won’t be disappointed.

In John Paul’s own words, this is what you can look forward to: “An overview of the interactions and roles played by the many components in a digital imaging system. A quick and practical way to correctly implement color management. A streamlined fine art workflow (maximizing quality and preserving flexibility) using Adobe software. Best proofing practices. Finished prints.”

To close, we’ll leave you with two great thoughts from John Paul: “Instead of becoming a jack-of-all trades, develop and market your own signature style.”  and to also “Chart your own course. Be as creative with your career as you are with your images.”

Thank you John Paul, that sounds like great advice to us.

John Paul Caponigro is an internationally renowned fine artist. A contributing editor for Digital Photo Pro and a columnist for the Huffington Post, he is the author of Adobe Photoshop Master Class and the DVD series R/Evolution. A highly sought after lecturer, he teaches workshops around the globe. A member of the Photoshop Hall of Fame, a Canon Explorer of Light, an Epson Stylus Pro, and an X-Rite Coloratti, his clients include Adobe, Apple, and Kodak.