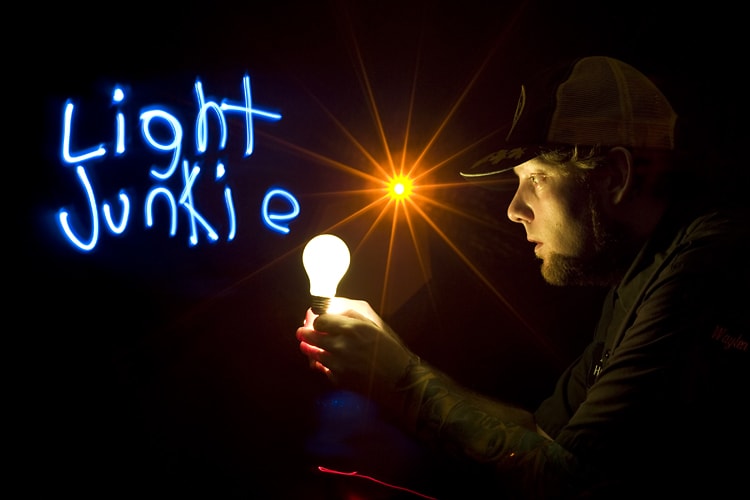 Danny Turcotte is both a North Bay Ontario based Photographer and owner of Catch-Light Photography. As a contemporary photographer who strives for a style that is both diverse and unique, Danny ensures that each photo he captures tells a story. With his camera, he has traveled as far as India, Cambodia, and the Phillipines. He has also ventured locally throughout towns all across Canada. Danny is constantly searching for new and exciting ways to share his amazing view of the world with those around him. When he isn’t working weddings, you’re sure to see Danny spending time with his son, Dali Roads, or having fun taking his own weekly family photo.

I’m pretty much self taught, other than taking a night course when I got my first digital camera in 2007 and reading every photo magazine I could get my hands on.

Freeman Patterson has had an influence on me. He had some amazing books that I read over and over. I have a few people on Flickr that I follow, but it’s more fun than anything, kind of like following along with their adventures.

How was your interest in photography sparked?

That’s really such a random part of my life, I had an old film camera that I used to carry around and take photos with but it was just for fun. Then one day I picked up the local paper and saw an advertisement for a course in Darkroom Photography. It was 3 hours a week but more important it ignited my passion. 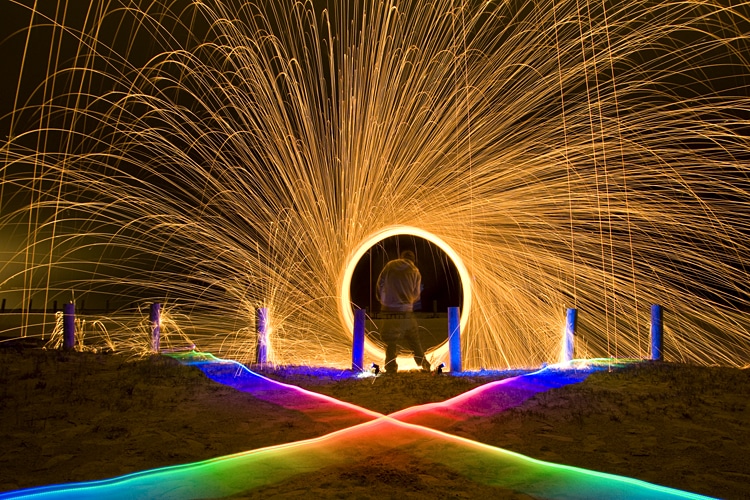 What was it about light painting that inspires you?

Light Painting to me is such an amazing form of photography and the thing that inspires me most about Light Painting is that you get to create a scene that doesn’t exist in real life. You get to make a story come to life with any visions that you may have. For me, it’s intriguing to use bright colours to create a story from an empty space.

What influences your art? Do you look to other photographers for inspiration, or does your inspiration come from other sources?

I think my inspirations comes from many places, from whatever I’m surrounded by each day. It could be  a painting or something I saw flipping through a magazine or online photos or a TV ad. Anything can trigger new ideas. That’s why light painting is so interesting to me. You can make those stories and create them with just your imagination and some lights. 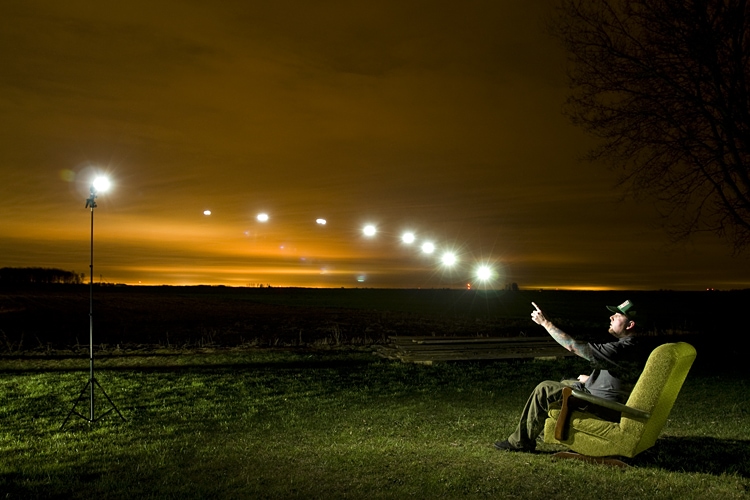 I think my biggest challenges in light painting is always lighting myself in the photo. The problem is, when my camera goes off the flashes light me first, so I’m burned into the image before I start the rest of the light painting. I then have to remember where I was standing and where I placed all the lights. 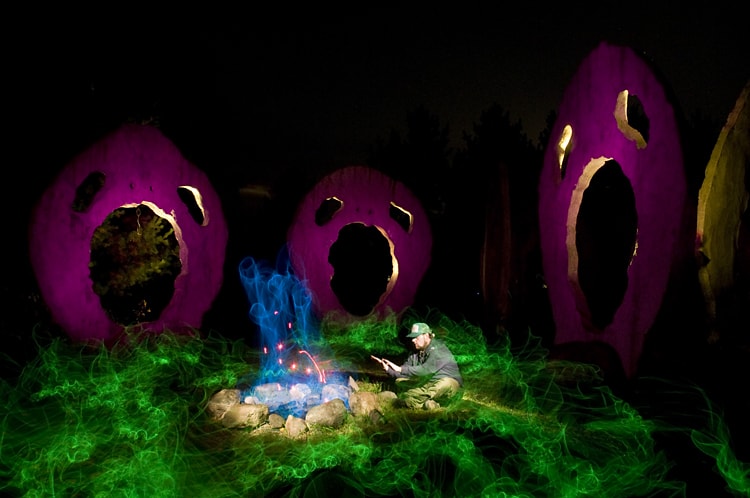 What is the best way to get started if you want to try this technique at home?

The best was to start learning light painting is to put your camera on a tripod at night in the dark and open your shutter to 30 seconds. Alternately, you could buy a cable release and that will allow you to have your shutter locked open for as long as you choose. Then all you need is a flashlight or some glow sticks and just move then in the front of the camera as the camera is taking the long exposure and that’s how you light paint. You can use any kind of lights like sparklers or Christmas lights even your iPhone has apps.

Is there a single photograph that you have created that resonates with you more than any other – why is it significant for you?

I think it would have to be the first picture I ever took of my son with us as a family –that is always going to be a special moment. 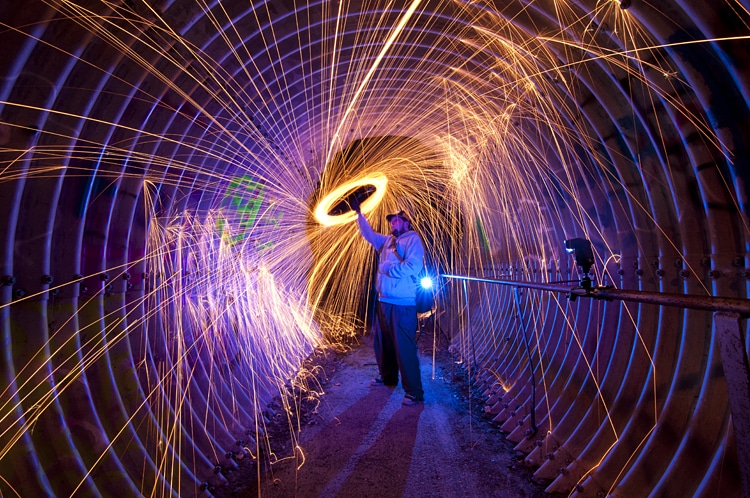 Could you describe a typical set-up of one of your light painting shoots?

I start with my camera on a tripod then I usually mark the edges of my frame so I know what part of the scene is in the photo. Everything is done in complete darkness so that’s tough on its own. Then I test all my flashes and set them so they will light me first (if I’m in the photo) –that’s the hardest part is setting the flashes up to light me proper–after that I start to test the other parts of the photo and picking out what coloured lights I’m going to use for the shot. After I have all that set up, I start to test the image that I have in my head doing each part of the scene light painting one step at a time. This is where I usually start to map out the scene and add in new elements as I go, because sometimes certain colours look better so I change them up until I’m satisfied with the outcome. I always have a set plan in my head when I light paint and as I start it always evolves as I go. Sometimes I spend a few hours just on one photo trying it over and over again until it comes out just right. That’s the thing with light painting – every image is 100 percent original cause each time you try a photo it always varies just slightly from the last frame depending on how you shine the flashlights, what angle you use to light the scene. 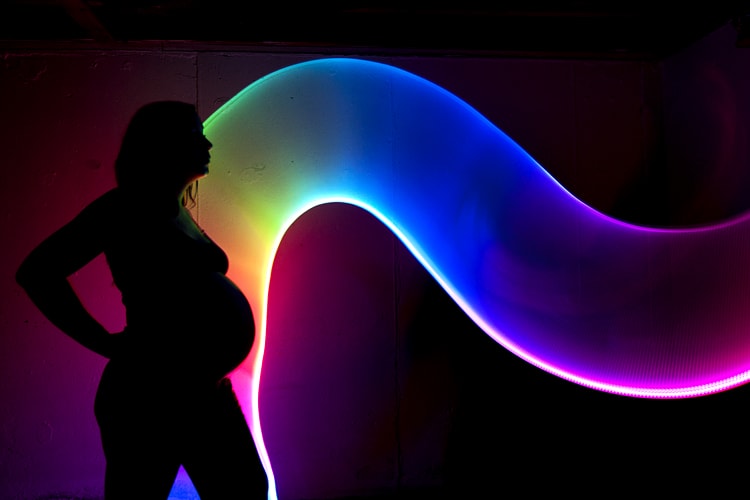 When it comes to photo gear – I like my 30mm 1.4 a lot and the classic 50mm but I think I’d have to say my favourite gear to use is a Speedlight SB-910. I always have at least a couple with me every time I take my camera out.

Speedlight for sure, just give me a camera and any lens and a long as I have 2 flashes I’m good to go. 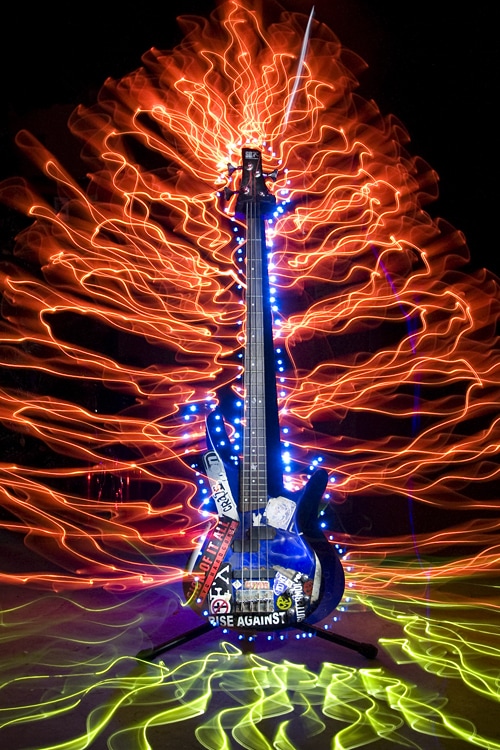 I’m working on a few projects. One is Project 52 Year 2 which involves taking 1 photo per week of my son (he’s now 18 months old). I’ve actually been doing it for the last 2 years and it’s always the best day of the week. I’m also working on a book collaboration with a local author of short stories. 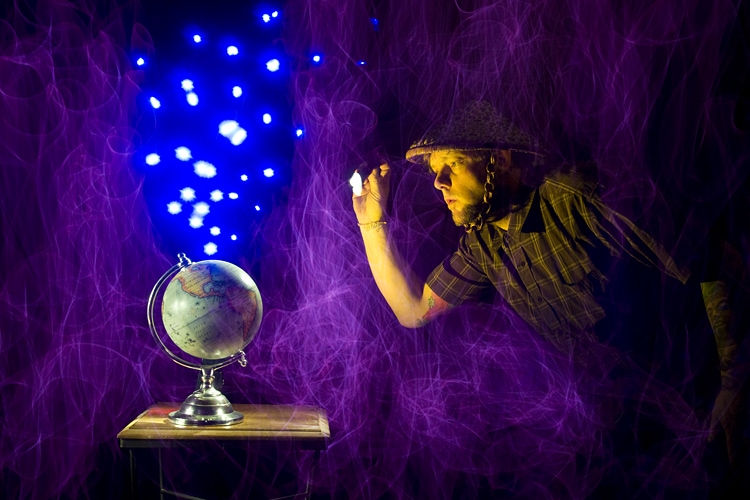 People can see more of my work on my Facebook page I usually post images every couple days. My full project 366 (a photo everyday) is on there and as well my Project 52 of my son Dali. 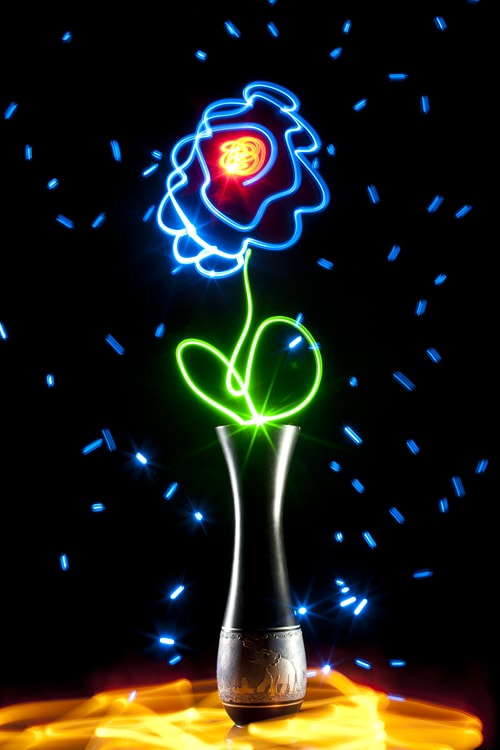 You can also see Danny’s work in person at Vistek locations across Canada the following Dates and Locations.

For more of his work or to contact Danny, please visit: www.catch-light.ca or www.facebook.com/catchlightphotography