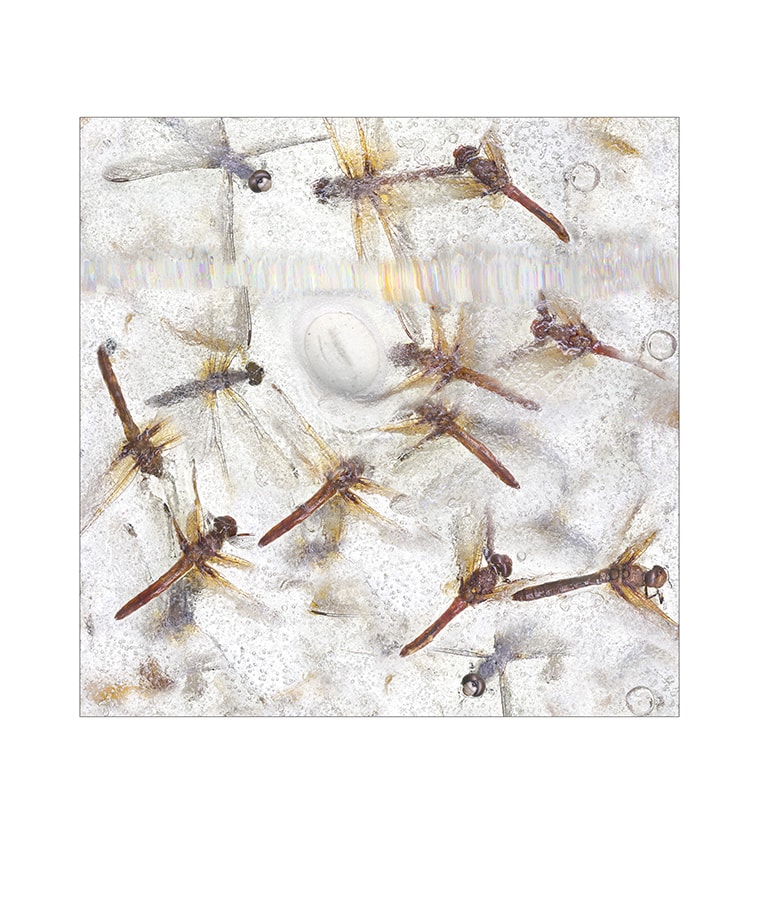 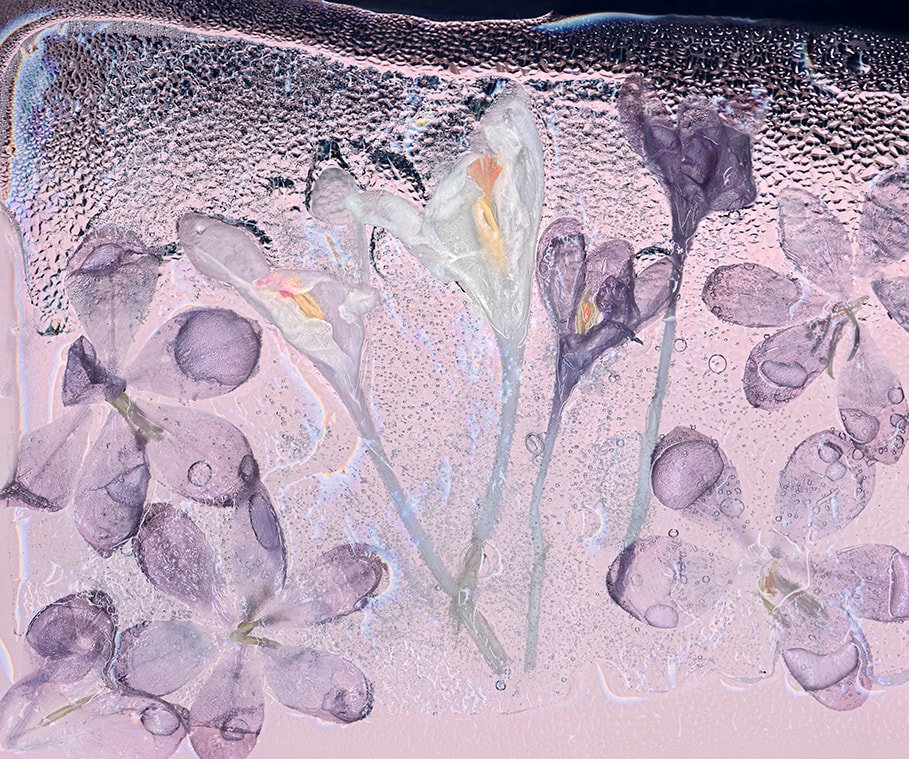 Photographer Janet Dwyer utilizes a flatbed scanner as an imaging tool instead of the traditional digital camera to capture images. Inspired by the infinite variety and exact structures found in the natural world, Janet scans plants, feathers, bones, ice, live and dead insects on a flatbed scanner, as a way to convert the 3-dimensional objects to digital information.

And here lies the secret: the scanner magnifies details that are often too small to see, offering a sense of intimacy and a unique connection to structures within objects.

Dwyer’s work has won several international awards, including a first-place prize in the IPA and a second-place in the Master’s Cup. Her work is also featured in numerous magazines: BW and Color, Amateur Photographer, Photo Techniques, Photo Life, Photo Ed and Pro Nature Photographer. Currently, her solo exhibition “Conversations with Nature” is touring public galleries in Western Canada. 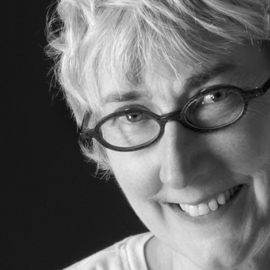 In 1973 I enrolled in a three year photography program at Conestoga College in Kitchener Ontario. A year after graduation I was asked to teach BW darkroom at the college, which began the educational aspect of my career. In 1987, after a decade of combined teaching and freelancing, I enrolled in the fourth year at Ryerson University and completed a BAA in Photography. In the years following, I continued to work as an instructor, shoot stock and other freelance assignments, eventually specializing in photographing works of art for artists, galleries, and museums.

In 2001 I bought my first flatbed scanner—to test it out I placed my hand down on the glass and hit scan. Seeing the incredible resolution I quickly realized its potential as an imaging device; been playing around with it ever since, creating a personal body of ‘scanography’ work.

No special mentor in particular but I am grateful to people who visit my studio bringing me interesting things to scan.
Enrolling in a college photo program was the suggestion of a friend who observed me photographing with my father’s camera when I was 19.

Nature in its infinite variety is an endless source of inspiration.
Seeing the large format polaroid work of Olivia Parker had a profound effect on me as a student on a field trip to the George Eastman House. 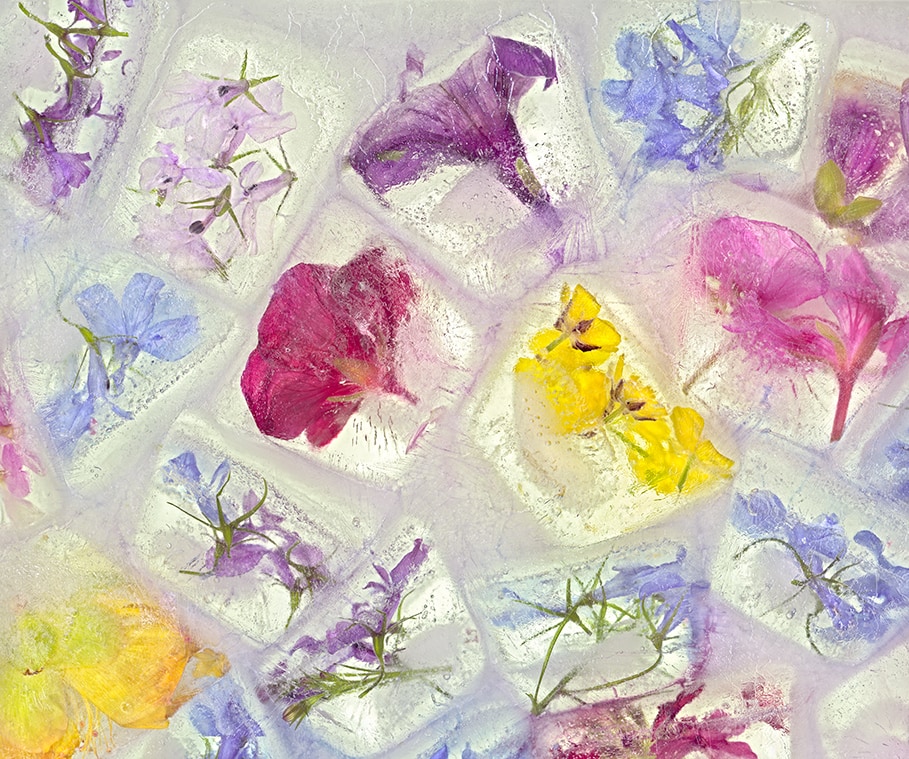 Flying in a helicopter with the door off to shoot a remote mining site was very exciting. Also the first time I scanned tiny orb weaver spiders. They built a dense web on the glass flatbed and their movements left vibrant, digital RGB streaks – a surprising effect that opened my eyes to the possibilities of the medium.

Photographing all the Artifacts from the “Out of Mist” Nuu-chah-nulth Exhibit for the Royal BC Museum on 4×5 slide film. 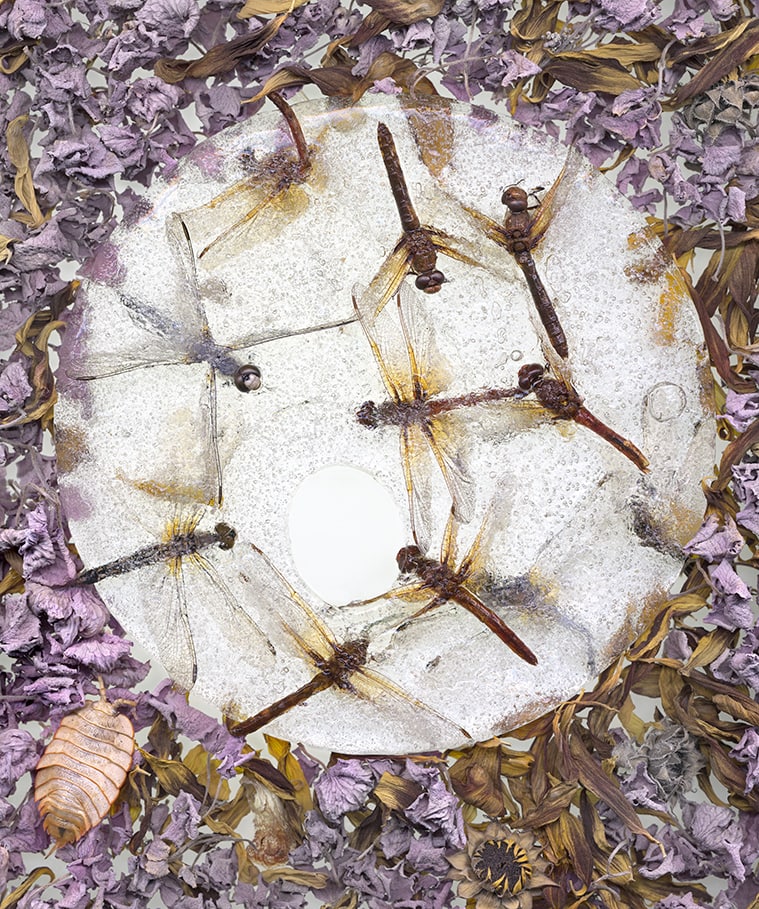 Feeling like I am living up to my own expectations to make images I am proud of or feel good about, images that I will still feel good about ten years from now. I keep pushing myself to try new things especially with scanography as it is a relatively new technique.

Not especially, I have been at it for forty years now and have enjoyed ‘being my own boss’ for the most part. 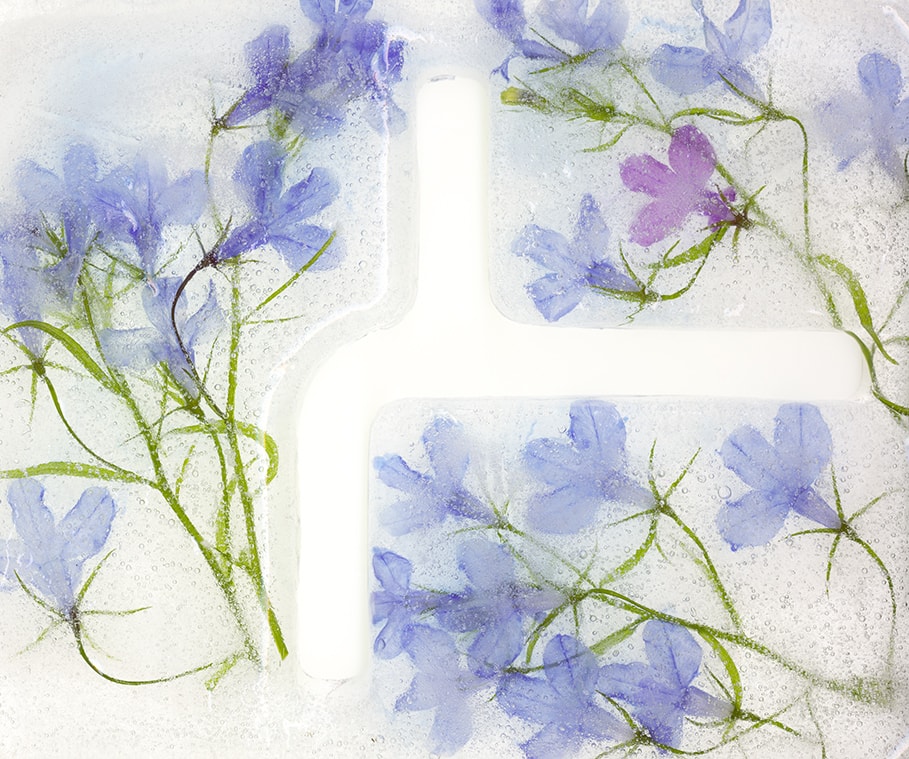 Look at work by Masters of Photography

I use Epson Scanners in my studio. For my commercial work – Canon dSLR with mostly 100mm macro is useful for shooting art, dynalite studio strobes, chimera softboxes.

My studio camera stand on rollers. I use it for holding and positioning scanners as well as cameras. It spoils you—it’s really frustrating to photograph using an ordinary tripod now. 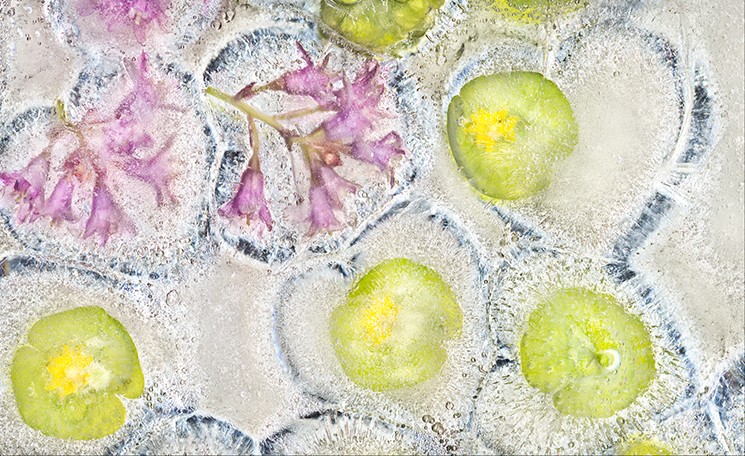 Well that would be the one I use 95% of the time in studio – Canon Mark II with 100mm macro lense for perspective, subject distance, and macro features.

If I find time to do personal work these days I am often working with things that are frozen in ice because I like the challenges – (get it done before it melts) and appreciate the textural qualities of ice as it melts, plus the excitement of making a composition in water as it freezes.

Currently in my studio on Salt Spring Island and also in a touring exhibit- ‘Conversations with Nature’ which is showing in Western Canadian Public Art Galleries ( Okotoks and Maple Ridge coming up this spring). 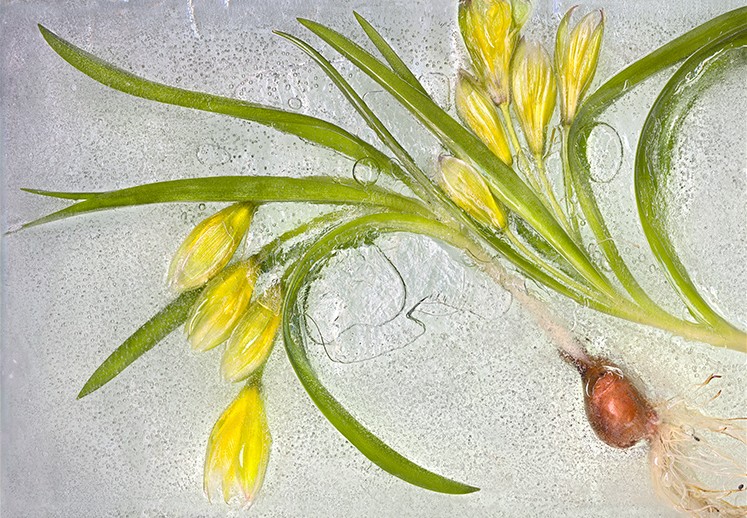 A Selection of Janet’s Scanography  is currently on display at Vistek’s Mississauga location until January 2, 2015.

Other Dates and locations: