Vistek’s Online and In-store Photo Gallery continues to bring to you a wide range of amazing and talented photographers from across Canada.  Inspired by a largely urban sensibility and a spirit of  Photojournalism, Ottawa-based photographer, Frédéric Dekkal integrates a more graphic touch to his series “Tokyo Encounters”. 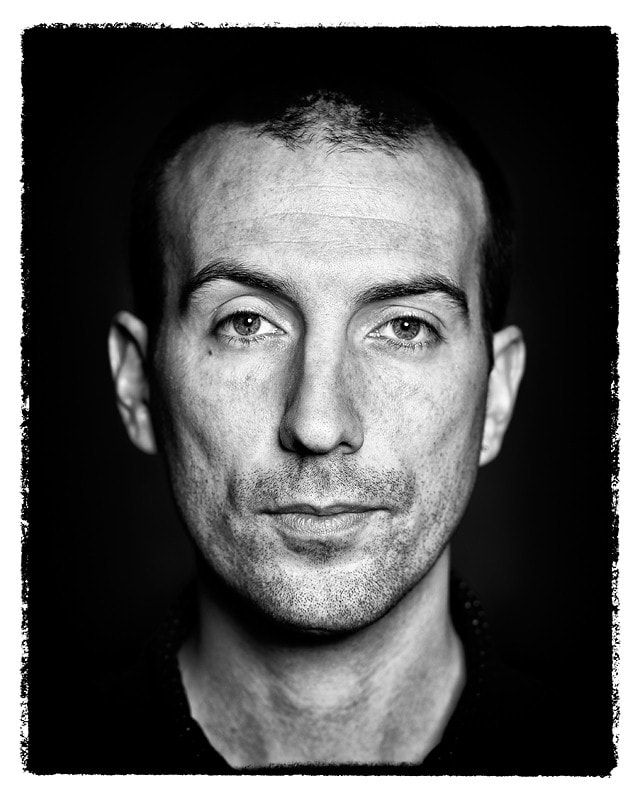 I am actually a molecular biologist by training and worked for a few years as a product manager in the pharmaceutical industry before I decided to switch career paths. In terms of formal photographic training, I am largely self taught, developing shooting and dark room techniques on my own. In order to improve my lighting skills, I attended a studio lighting and large format camera course program at the Centre Verdier in Paris.

I have always been interested in visual arts but for a long time my interest was in painting. Photography was just a medium and the photography art scene was not as present or trendy as it is today at the time. I started to really get into photography in university, when I accepted to pose for a photographer friend. Posing was fun, but I was more fascinated by the printing of the black and white image (watching the development/printing process, and seeing the images slowly appearing in the trays was magical to me). This was in the mid-90s. I then borrowed my father’s old Minolta SLR and started to shoot everything I could, mostly in the streets.

I started as a photojournalist and event photographer in Paris. I was shooting a lot of official visits for ministries and embassies and became also official photographer of the city of Neuilly-sur-Seine, just outside of Paris (city of former president Sarkozy). In the meantime, I also assisted photographers at the ELLE studio. I didn’t have a single specific mentor, but all the resident photographers at ELLE sort of played that role for me.

My career path has not been «classical/linear», and has not been very long either since I started in France and moved to Canada only a couple of years ago. So instead of focusing on specific images or publications, the greatest accomplishment for me, both times, has been to manage to grow a client base from scratch up and to continue to further hone my expertise/technique.

Hard to know what the whole industry will look like in 10 years from now… As of today, my goal would be to have my own established commercial, still life studio in Ottawa. And maybe add some cinematography / videography to it. 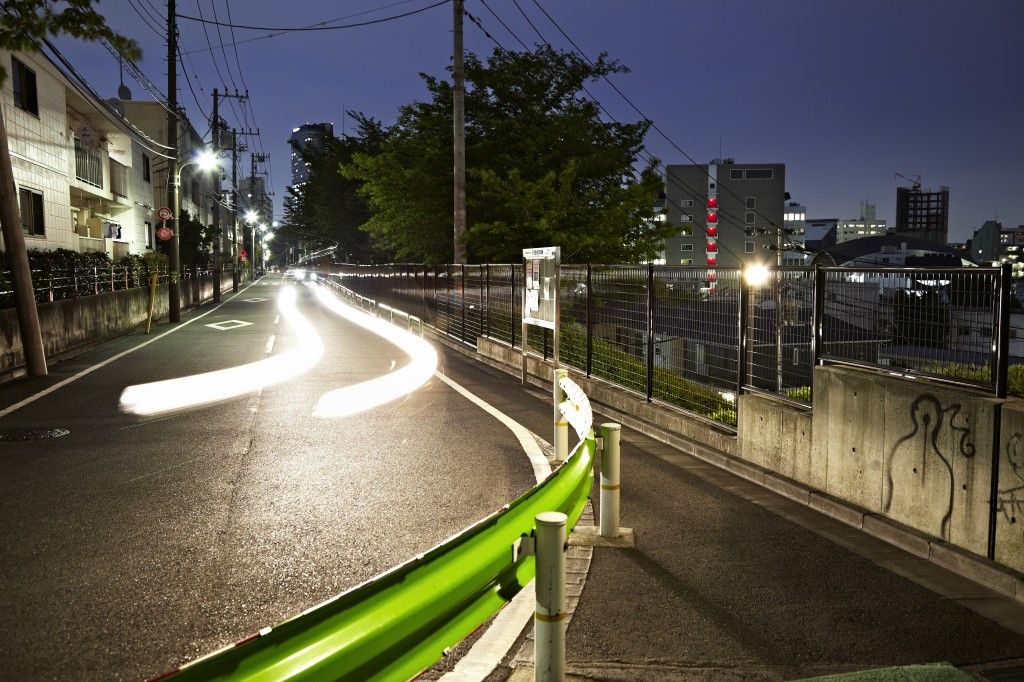 Everything I see and read is a possible source of inspiration: arts, design, architecture, sociology, politics, philosophy. I like to work in series, so the idea or subject will usually determine the who and where, although I don’t necessarily follow a strict unity of time or place to build my series.

Are there any photographers that inspire you?

My inspiration usually comes from a lot of different art forms: painting, graphic design, sculpture, literature.  I do have photographic historical references  that certainly triggered some orientations in my photography. As many French photographers, I was first inspired by all the European documentary photographers, such as Cartier-Bresson, Kertész, Izis to name a few. The «decisive moment». But when my interest switched towards colour photography, I stumbled upon the bullfighter series by Ernst Haas – and then his other colour works – and this was a revelation. I believe he was one of the first photographers to fully master colour photography, blurring the lines between photojournalism and fine art photography. Haas is still a reference for me today; his work definitely inspired me for my earlier series, called «Mouvement de Passage(s)». George Rousse and Edward Burtynsky, are two contemporary photographers who have also inspired me in terms of visual elements and narrative.

What was the inspiration behind the series you are currently displaying at Vistek?

I lived in Tokyo for few years and I always thought that the way Tokyo was portrayed by the foreign media was incomplete and stereotypical. Certainly, what is usually shown does indeed exist, but this is what I would call the spectacular, or more cliché, side of Tokyo. I didn’t feel that the «spectacular» side was really the overwhelming and most representative one of the city when I was living there. So, this desire to explore and show a different Tokyo was the starting point of the project. In terms of visuals, I was inspired by Japanese arts in general, calligraphy, architecture… clean lines, colour harmonies, a balanced aesthetic. I shot it in one full week and it was when I edited the thousand of images that I had taken that I decided to give a more universal dimension to the project. I didn’t want the series to be «just another documentary» about Tokyo. The project takes place in Tokyo, but the subject is the search of bearings and identity, urban solitude. 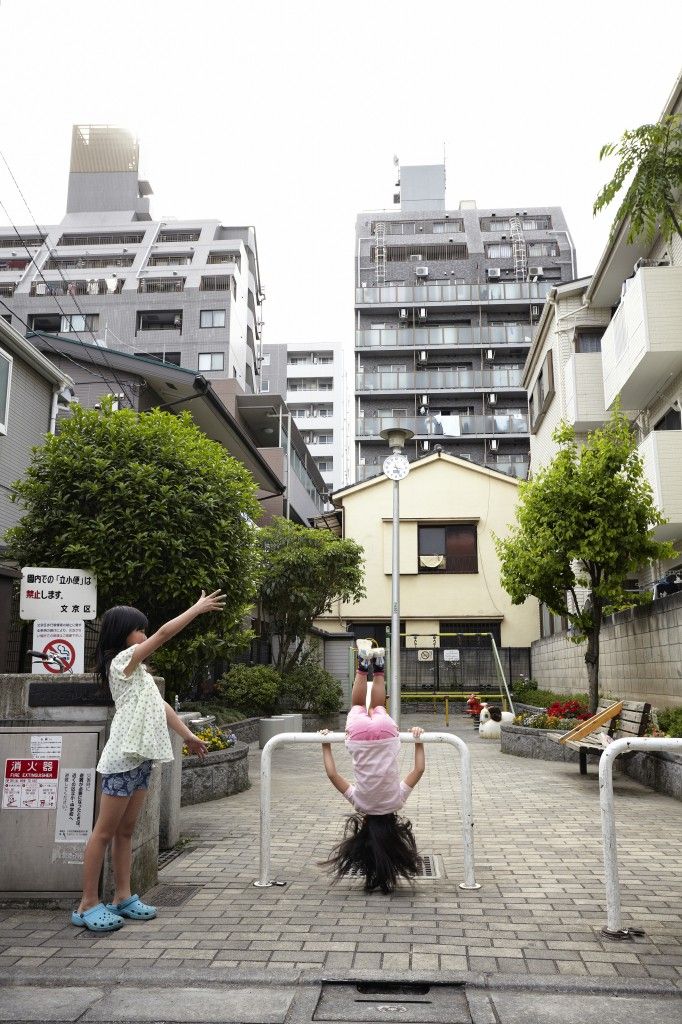 What tips or tricks do you have for photographers looking to get in to the industry as a creative professional?

I may not be the best photographer to answer this question since I am still a newcomer in the Canadian market. But generally speaking, I would recommend to shoot as much as you can and actually don’t pay too much attention at what other (contemporary) photographers are doing. Follow your instinct, develop your own style and sensibility. It’s a long ride so might as well have fun.

What kind of cameras do you shoot with?

I use Canon cameras and lenses. I am a big fan of the 5d series, very versatile, excellent value. I also have a 1DmIII and 50D, mostly as backup cameras or for the crop factor, which can be handy when shooting events.

If you had to choose just one lens what would it be, and why?

What is your favourite photo accessory other than your camera?

Black Rapid double straps when shooting events! I remember the first time I saw this on the shoulders of a photojournalist in the photo pool at the Presidential Elysée Palace in Paris. At the time Black Rapid was not distributed in France. I asked him where he got it and ordered one the next day from the US! It reduced my physio bill drastically! In the studio, Profoto light shaping system as a whole. Brilliant.

What lighting equipment do you take on a shoot?

I use both Profoto lighting and Paul C. Buff Einsteins. On location, I usually bring the Einsteins – lighter, easy to adjust with Cybersync, and cheaper to replace if something goes wrong. If I can’t bring strobes, then Canon speedlights.

I am developing two different projects in parallel: one will focus on environmental juxtaposition in an urban context – in Ottawa but also other cities. The other one is more of a mixed media initiative and experiment, dealing with movement and graphic elements.

My previous series «Mouvement(s) de Passage» and my commercial work can be seen on my website www.fdekkalphoto.com

You can see Excerpts from Frederic’s Exhibit, Tokyo Encounters in Vistek’s Ottawa location until November 29, 2013