Blackmagic Design’s latest DaVinci Resolve 17.3 firmware update promises to bring up to 3X faster editing and grading in both 4K and 8K on Apple’s M1 Macs as well as adding a host of new features overall. 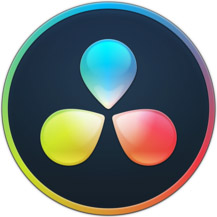 Edits from subclips can also be match framed to original media and AVC Intra files can now be decoded using the media engine built into the Apple M1 chip.

Keep reading below to learn about all the improvements and additions in the latest version.