One Camera, One Lens, One Big City

Recently I took a trip to New York. I don’t travel often but when I do packing camera gear for my trip is a top priority. Normally I leave the city with a huge array of cameras, lenses and accessories. I do that because I like to keep my options open; you never know what you’ll see on the road and how it’s best documented. I’m the first to admit I’m a bit of a gear hoarder. I have a lot of gear and I use all of it. Each tool has a purpose and as a photographer the tools of my trade are multiple lenses, camera bodies, film, and lighting. It’s not beyond me to pack a large format 4×5 film camera when I hike the woods, but New York City is another beast and due to aircraft luggage restrictions I had to be a bit more selective with my gear. 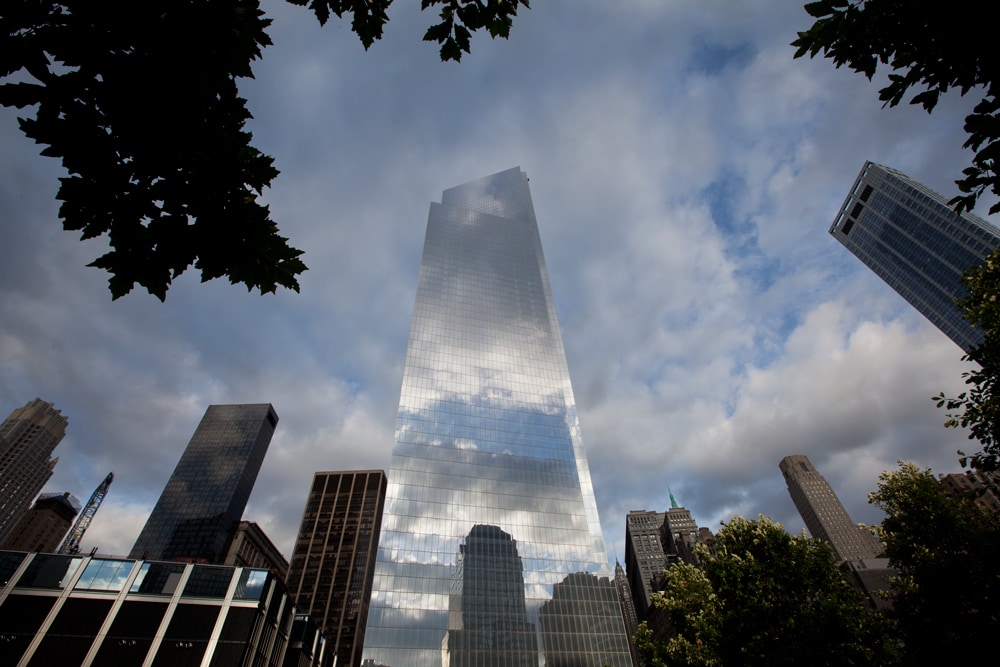 So what was in my carry-on?

I know, a lot of gear! Yet, this is my idea of travelling light. New York City, for those of you who haven’t seen it, is huge! And even ‘huge’ is an understatement. Not only are the buildings massive, but also the city itself is sprawling. I was determined to see and photograph as much of it as possible during my short stay. However, I was forced to change the game plan after dragging my wheelie carry-on several blocks from the subway to our accommodations. Instead I spent a day and a half exploring the city to get a sense of its rhythm. And I’m so thankful that I did it because, believe it or not, it was this photography-free “break” that allowed me to become immersed in the culture and helped me determine what I’d like to photograph. It also helped me decide on the gear I needed to carry around. In the end, I set out with only three items: my Canon 5D MRKII with my 16-35mm attached and my 50mm in my backpack’s front pocket. To my surprise I didn’t touch that 50mm lens. I found the 16-35mm perfect for shooting the city in an intimate fashion (it’s got a focusing distance of less than a foot) but was wide enough to capture the massive cityscape and it focuses as fast as this city moves. The 16-35 is also perfect for straight landscape photography, but to find landscape in New York one must travel out of Manhattan and where better to go on a hot summer’s day than Coney Island? If you’re a cyclist (like I am) I highly recommend taking the Ocean Parkway Bicycle Path. It’s tree-lined and scenic but despite being called an Ocean Parkway water isn’t visible until you actually reach Coney Island and, by the time you do, after 8 miles of biking, the first thing you want to do is get your feet in that ocean before hitting the boardwalk in to Luna Park. 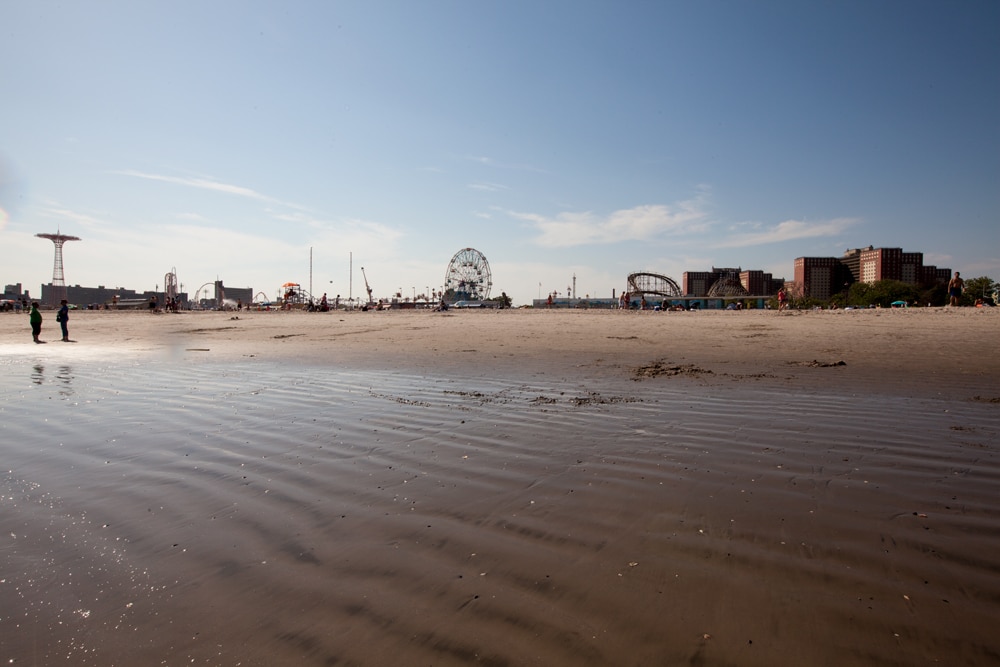 Luna Park is home to the world famous Cyclone roller coaster, which has been terrifying riders since 1927. Standing an impressive 85 feet tall, the photo (below) shows the Cyclone’s majesty. I shot it at 16mm and used the lens correction tool in Adobe RAW to correct the perspective and crop. And this is partly why I love this lens; you can shoot extra wide to ensure you get your landscape feature in full view and make perspective changes without losing too much information. If I used a 35mm or my 50mm I would have had to stand further back (not an option in this tightly arranged park) or make a stitched panorama in post. 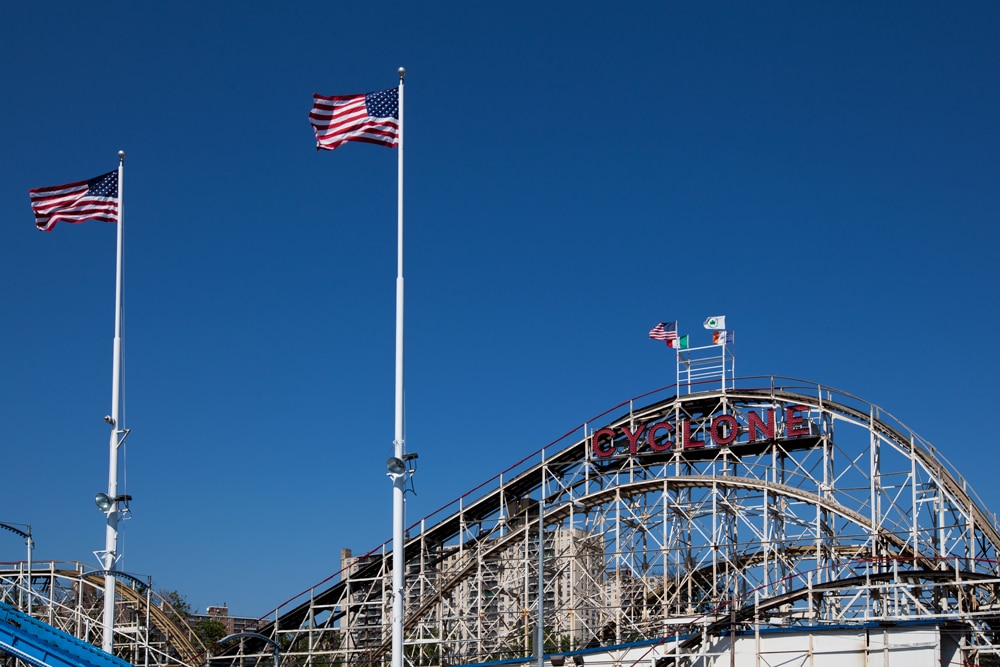 Lesson learned?  It turned out what I needed in terms of gear was pretty limited. The 16-35mm lens, is tack-sharp from edge to edge, has very little distortion compared to other ultra wide angle lenses – especially in the 21-35mm range. When packing gear, I suggest a versatile lens like the one I had, and trust your eye when shooting. Save all that room in your carry-on and other luggage for impulse buys like snow globes, saltwater taffy, a miniature version of the Statue of Liberty and of course, shoes. Your shoulders and back will thank you. 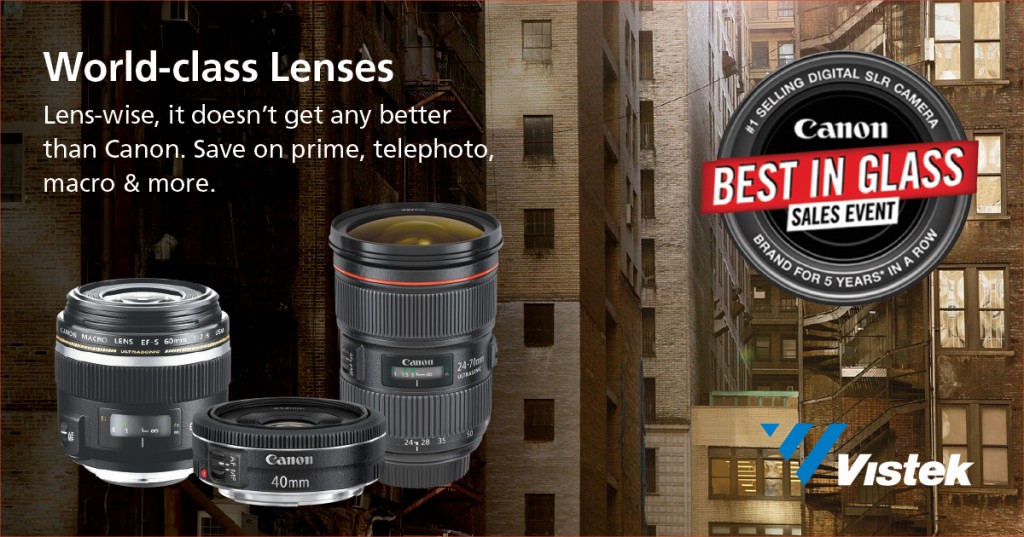