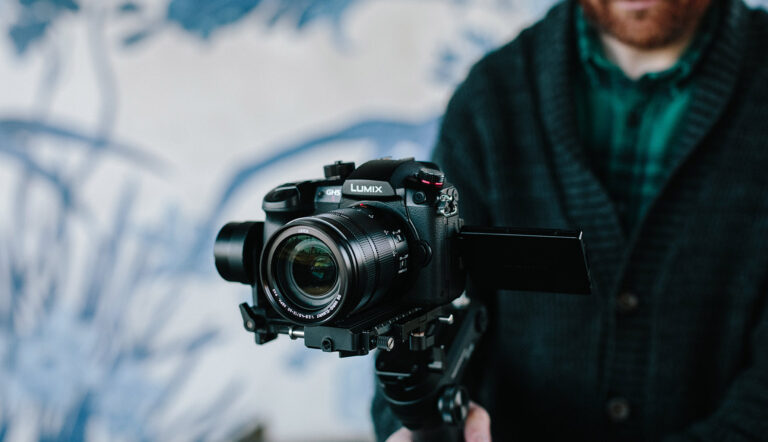 C4K/4K 60fps, Anamorphic 50fps and FHD180fps are also available when recording with Variable Frame Rate (VFR) with an option to set AF before VFR recording starts.

It also comes with V-Log L pre-installed (previously a paid upgrade for the GH5), allowing users to easily match colour tones with footage previously recorded in V-Log using the Lumix S1H or Lumix S1 as well as V-Log L using the Lumix GH5 or Lumix GH5S.

For those unfamiliar with V-Log L, it works by rendering a very flat image while maintaining the entire range of color information within the image, thus providing a greater level of “play” when footage is worked on in the post-production processes.

Cinelike D2 gives priority to dynamic range and Cinelike V2 prioritizes contrast. MonochromeS and L.ClassicNeo have also been added. All these modes can be used for Anamorphic video recording.

The image processor has also been updated to the latest Venus Engine, offering faster speed and higher performance.

The GH5 Mark II features high-speed and high-precision AF, that incorporates an advanced deep learning technology to detects specific subjects such as humans and animals.

When a human is the subject, in addition to detecting the eye, face, and body, the head is also separately recognized by real-time detection technology.

Eyes and face detection now features 2x faster recognition cycle speed than the GH5 and are detectable at approximately half the size of those the GH5 can capture.

The system will keep tracking the subject person even if they moves quickly, turns their back to the camera, tilts their head or moves far away from the camera.

Improved DFD technology has enhanced AFC, enabling users to keep tracking small or fast-moving subjects to capture them in crisp focus when the shutter is released.

Body Image Stabilizer (I.S.) has also been further advanced for stable handheld shooting, making it possible to use a 6.5-stop slower shutter speed.

The camera also features a 3.0-inch free-angle LCD in 3:2 aspect with 1,840K-dot high resolution and touch control, offering higher luminosity than the GH5’s to assure high visibility in outdoors.

Panasonic says that with this new feature, “high quality live streaming is possible with minimum equipment– only the camera and a smartphone are required and can perform in either an outdoor or indoor environment. Complying with H.264 in RTMP/RTMPS protocol, maximum FHD/60p 16Mbps is supported. For wired live streaming, Panasonic’s dedicated software program, LUMIX Webcam Software, is available to download. A forthcoming firmware update will also allow the GH5 Mark II to support wired IP streaming (RTP/RTSP).”

Construction wise, the camera is composed of a magnesium alloy full die-cast front / rear frame. It is splash resistant and dust resistant, but freeze resistant down to -10° C as well.

The new battery boasts 2200mAh high capacity and can be recharged either via AC or USB, and complies with USB PD (Power Delivery).

Finally, because the GH5 Mark II shares the same button layout and dimensions as the GH5, you will be able to continue using any existing cages if you choose to upgrade cameras.