With the official announcement of the highly anticipated EOS R5 and EOS R6 cameras, Canon has has gone all in and have set the bar for mirrorless cameras incredibly high for other manufacturers to follow.

The EOS R5 is the new flagship model and is the mirrorless 5-Series equivalent while the EOS R6 is the same for the 6-Series.

Being the flagship model, the R5 does include features above and beyond that of the R6 including a brand-new Canon in-house 45-megapixel full-frame CMOS sensor and the ability to record RAW, 8K uncropped video.

Apart from the new IBIS system, the most exciting news is the R5’s powerful new video features.

In DCI modes, 8K and 4K video recording is uncropped, and finally, Dual Pixel CMOS AF II is available in all 8K and 4K recording modes.

For recording time, Canon says that the R5 can shoot continuously at 8K for around 20 minutes in optimum conditions.

On the stills side, the R5 is also extremely capable. Thanks to the new DIGIC X processor, it can capture full resolution images at up to 20fps (the same as the 1DX Mark III) when using the electronic shutter or up to 12fps when using the mechanical shutter.

The all new Dual Pixel CMOS AF II provides coverage across 100% of the AF area which is made up of 1,053 automatically selected AF zones, which when combined with the new machine learning AF tracking algorithms provides lighting fast head and eye detection for humans as well as for dogs, cats and birds.

The new IBIS system provides up to 8 stops of shake correction when used in conjunction with compatible stabilized lenses.

On the outside, the R5 brings back the multifunction stick and feature wheel located on the rear of the camera replacing the much maligned touch bar found on the original EOS R.

It’s also weather, drip and dust sealed on par of that of EOS 5D series cameras.

The EOS R5 camera features an entirely new Canon-developed CMOS sensor with approx. 45 effective megapixels. It employs the DIGIC X Image Processor to enhance the speed of operations across the board. This means fast, efficient performance and phenomenal image quality for big prints, impressive 4K video and more.

The EOS R6 shares many of the same features as it’s bigger sibling, however, there are a few notable differences.

The biggest of them being, the lack of EOS R5’s 8K video capabilities and smaller sensor size.

However, that’s not to say that the R6 doesn’t feature impressive capabilities in it’s own right.

Unfortunately, the EOS R6 doesn’t include the ability to capture RAW video so if that’s a deal breaker, you’ll need to consider the more expensive and feature rich EOS R5.

There are also some notable differences on the exterior. There is no top LCD screen, and both the OLED viewfinder and full-articulating LCD both have slightly lower resolutions than found on the EOS R5 .

But you do get dual card slots (both UHS-II SD), a mic port, headphone jack, mini HDMI port and WiFi and Bluetooth connectivity.

It’s also weather, drip and dust sealed on par of that of EOS 6D series cameras.

The EOS R6 can go from photographing high-speed action sports to filming 4K cinematic video with ease thanks to its high-performance CMOS sensor and DIGIC X image processor. 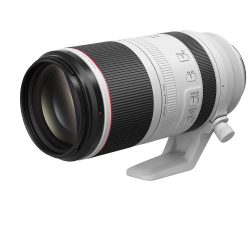 “The versatile range of 100mm to 500mm is ideal for sports, wildlife, and even aviation photography while maintaining a compact, travel-ready size and weight. The lens features one Super UD and six UD lenses.  Fluorine coated front and rear lens elements provide resistance to dirt, moisture and oils, while L-series construction with dust and weather resistance provide reliability even in challenging conditions.  With its built-in, 3-mode, and up-to 5-stop optical image stabilization system, and high-speed Dual Nano USM autofocus motors, the RF100-500mm f/4.5-7.1 L IS USM will prove its superb optical performance, over and over again.” 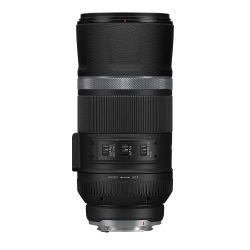 “The size of this lens, and it’s retracting design, make it a highly portable option which can be stored easily in a camera bag and the built-in optical image stabilization with up to 5 stops of shake correction makes it easy to use either hand-held or with a monopod. The RF600mm f/11 IS STM lens will also accept an RF 1.4X or 2.0X teleconverter to increase your focal length to 840mm or 1200mm respectively.” 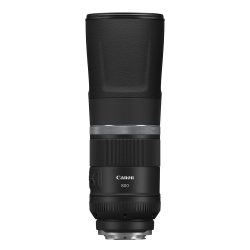 “The RF800mm f/11 IS STM lens features an STM focusing system ideal for fast and quiet focusing when tracking elusive subjects out in nature.  Additionally, an optical image stabilization system with up to 4 stops of shake correction makes it easy to use either hand-held or with a monopod. It will also accept an RF 1.4X or 2.0X teleconverter to increase your focal length to a staggering 1120mm or 1600mm respectively.” 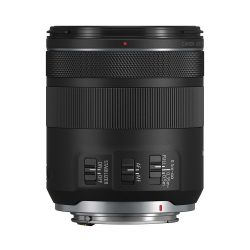 “With a focal length of 85 millimeters and a bright, maximum aperture of f/2 for beautiful bokeh, this versatile lens is a great choice for portraits and street photography, as well as low light scenes or during concerts, and with the addition of macro capability, even close-up and macro photography will provide stellar results. The RF85mm f/2 Macro IS STM is a light weight, affordable lens that boasts high image quality and an impressive optical image stabilization system offering up to 5 stops of shake correction ideal for low-light scenes or when recording video, and featuring Hybrid IS enables stabilization when focusing on macro, close-range subjects. Like the RF35mm f/1.8 Macro IS USM, it also includes half-size macro functionality allowing for a minimum focusing distance as close as 1.15ft. With a built-in customizable control ring and a fast 12-pin communication system, the RF85mm f/2 Macro IS STM is an ideal travel companion for your portrait, macro, low-light, and video needs.” 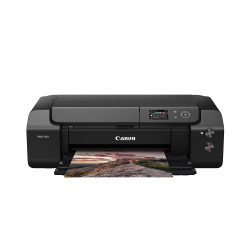 “Produce gallery quality colour and black-and-white prints with detailed gradations, a wide colour gamut, and deeper blacks on fine art paper thanks to the new Matte Black ink. With a 9-colour plus Chroma Optimizer ink system, this 13” wide photo printer is designed to meet the demands of every photographer, from advanced amateurs to professionals. The imagePROGRAF PRO-300 offers professional image quality, productivity, and outstanding workflow with a smaller footprint, allowing you to consistently deliver the results your images deserve.”