By VistekOctober 14, 2020No Comments4 Mins Read

With the just announced Z 6 II and Z 7 II, Nikon is looking to build upon the success of the original Z 6 & Z 7 mirrorless cameras released a couple of years back.

The two new cameras keep the same sensors as found on the previous versions, but feature enhancements in processing power, autofocus and video capabilities.

Nikon has added dual EXPEED 6 image processors rather than the single EXPEED 6 found on the originals, giving the new cameras a significant boost in both image processing power and burst shooting speed when shooting stills.

Both cameras will also be able to capture 4k/60p video, the Z 7 II at launch, with the Z 6 II to follow with a firmware update available in February 2021.

Nikon also says that based on pro user feedback, operators will now also have the ability to “reverse the focus ring orientation on the fly, benefitting those whoa re used to manual focusing using traditional cine lenses on set.”

Another big update sure to please some, is the addition of a second card slot. Both cameras now feature one CFExpress (type B/XQD slot and one UHS-II card slot.

Autofocus has also been tweaked, now offering Eye and Face Detection when shooting in the Wide-Area AF (L) mode and faster subject acquisition and tracking throughout the frame.

Both cameras can also be powered by USB while in use, saving battery power for when it’s needed the most. It will also charge compatible batteries (EN-EL15b or EN-EL15c) while the camera is turned off.

Long exposure time can now be set for up to 900 seconds, allowing for super slow-shutter nighttime shots, perfect for night cityscapes or astrophotography.

The Z 6 II and Z 7 II will also be fully compatible with Nikon’s Webcam Utility software, released earlier this year with continuous power supplied via a USB-C cable. 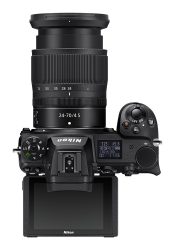 This is what a hybrid still and video mirrorless camera is meant to be. 24.5MP BSI sensor and high-speed shooting with the buffer capacity to match. 4K Ultra HD video at 60p*. Outstanding low-light capabilities. Next-generation autofocus. The power of dual processors. Two card slots. Tons of creative features. 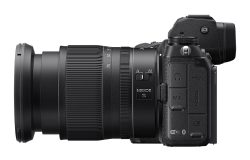 The Z 7II builds upon the professional imaging capabilities of the Z mirrorless platform with more image quality, more dynamic range, more speed, more workflow enhancements…more of everything you want in an ultra-high performance camera. Dual processors. For the first time in a Nikon camera, the Z 7II is powered by not one, but two EXPEED 6 processing engines.