Oozing with nostalgia, the new Olympus PEN-F is squarely aimed at those photographers old enough to remember using the original, and younger enthusiasts who will appreciate the retro look and feel of the updated version.

[dropcap style=”square”]In[/dropcap] 1963, the revolutionary Olympus Pen F had the distinct honour of being the world’s first and only half-frame system single-lens reflex camera.

Immediately recognized as a classic camera, it received glowing reviews and proved to be a hit among photographers due to its stylish design, small size and seemingly magical ability to double the number of photos one could take on a single roll of film as a regular SLR.

Now, 53 years later, Olympus has announced a modernized version of this legendary camera and hopes that it will be just as big a hit with photographers as the original one was.

The PEN-F not only looks amazing, it also incorporates some of the features more commonly found in the higher end OM-D series.

The PEN-F is the first Olympus camera to feature a 20MP sensor capable of producing a 50MP image with it’s High Res Shot mode (the OM-D E-M5 Mark II has the same feature, but will only go up to 40MP).

Unlike previous PEN versions, the PEN-F introduces a 2.36M-dot OLED electronic viewfinder built-in to the camera rather than attached via the hotshoe. 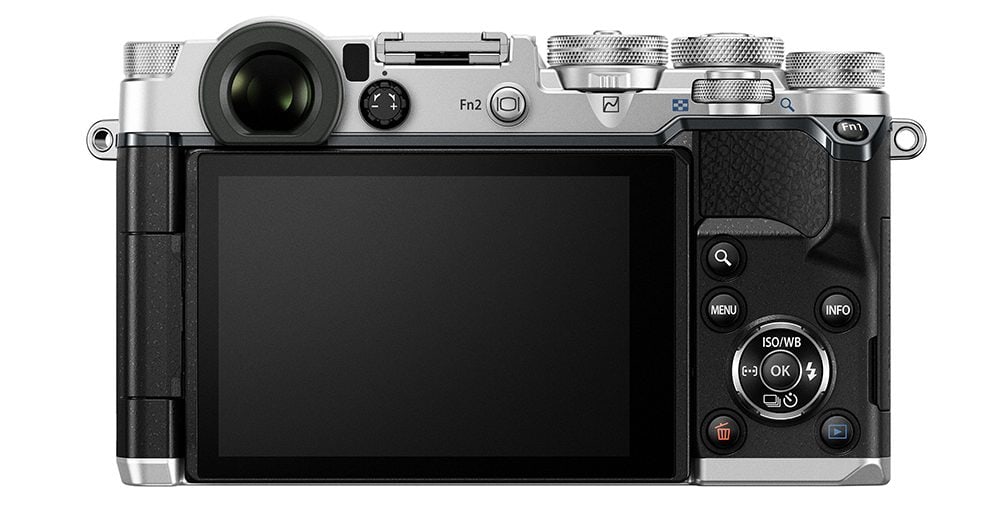 The beautifully-crafted PEN-F is ideal for street shooters, as a second camera for studio pros, and for anyone who loves vintage design and photography. It features sleek lines, precision controls, and the ability to capture amazing street shots.

The PEN-F’s creative functions are now controlled via the “creative dial” located on the front of the camera body. The dial allows for quick & easy access to 4 functions including monochrome, colour profile controls, art filters and colour creator.

By moving the creative functions to their own dial on the front, Olympus has been able to add 4 new “favourite” settings labelled C1 – C4 on the top-mounted mode button.

The PEN-F also utilizes the Olympus built in 5-Axis stabilization system, and will also sync up with their line of stabilized M.Zuiko digital lens.

Other key features include: