Visitors to ProFusion Expo in Toronto this past week were treated to an early hands-on look at the brand new high-end mirrorless Panasonic Lumix G9 when it made it’s Canadian debut at the show.

Similar in size to the previous GH5 model, the G9 incorporates a slew of improvements which we will talk about below.

One of the first things you notice about the Lumix G9 is that it looks more like a DSLR than a mirrorless camera.

The most obvious feature is the extra deep grip and textured leather-like coating providing a solid handhold especially for those with larger hands.

Beefing up the body size, has allowed Panasonic to position a light-up LCD status screen on top of the camera, a handy feature that is pretty standard on larger DSLR bodies but rarely found on mirrorless bodies. 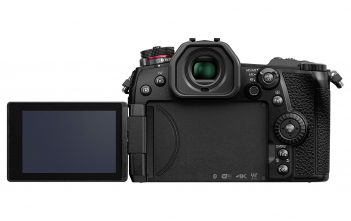 The G9’s OLED electronic viewfinder (largest in its class) boasts a 3,680k-dot resolution, 120fps refresh rate providing zero blackout when shooting in high-speed bursts and a high magnification factor of 0.83x (35mm equivalent) which is also scalable back to 0.77x or 0.7x if needs be.

If you prefer to shoot using live view the G9 features a 3-inch 1,040k dot free-angle LCD touchscreen offering approx 100% field of view with up to 4x digital zoom. It also features a level gauge, real-time histogram, guide lines, highlights (both still and video) and zebra pattern (still and video).

With the G9, Panasonic has created what they are calling their “ultimate stills camera” by primarily focusing on the needs of photographers rather than those who shoot both stills and video as they did with the previous GH5 model. 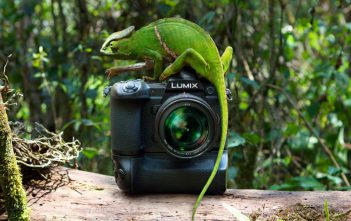 There is also a new High Resolution Mode that is capable of delivering 80MP (equivalent) images in both JPEG and RAW file formats which works by combining 8 images in rapid succession using small sensor shifts between each one. However, in order for this to work properly, you’ll need a tripod to keep the camera rock steady while shooting.

While you might need a tripod for the High Resolution Mode, you might not for regular everyday shooting thanks to an upgraded in-body stabilization system (works with both photo and video modes) capable of achieving up to an extra 6.5 stops. This system is also compatible with Optical Image Stabilizer (O.I.S.) lenses for even more stability.

The autofocus system, what Panasonic describes as “the world’s fastest” offers 225 AF points and utilizes an improved version of their Depth from Defocus (DFD) algorithm that was first introduced way back on the GH4.