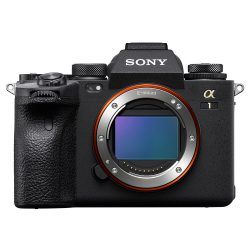 It boasts a continuous shooting speed of up to 30 frames per second, blackout free, that when combined with the autofocus technology enables up to  120 autofocus calculations per second, doubling the speed of the Sony a9 II.

The sensor is also capable of 15-stops of dynamic range without sacrificing any ISO performance.

The Alpha 1 features 759 AF points covering 92% of the sensor and adds real-time eye-AF for bird photography and improves upon overall real-time tracking even when shooting at up to f/22.

Sony also says that the a1 also features a number of firsts. 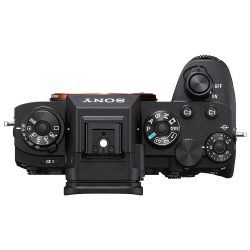 It’s also capable of electronic shutter flash sync up to 1/200 second (a first for Sony Alpha cameras)and up to 1/400 second with the mechanical shutter.

Interestingly, the mechanical shutter sync can be extended to 1/500 when shooting in APS-C crop mode using what Sony is calling its “dual driven shutter.”

The Alpha 1 isn’t just a powerful stills camera, Sony is also branding it as a camera that can deliver professional quality, video (captured at 8.6K and oversampled down to 8K) at up to 30fps (another first for the Alpha line) with 15+ stops of dynamic range as well.

When shooting at 4K 120p the Alpha 1 can capture up to 5x slow-motion footage as well.

Furthering its professional level credibility, the Alpha 1 uses the same S-Cinetone colour matrix as found on  the larger (and substantially more expensive) PXW-FX9 and PXW-FX6 cameras allowing it to produce the “cinematic look” that everyone is looking for these days. 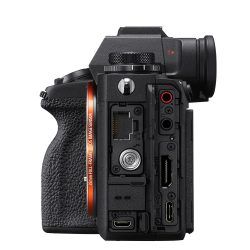 Other video features of note include:

Lastly, the Alpha 1 features a unique heat-dissipating structure that allows the camera to keep it’s small form facture but still capture 8K/30p footage continuously for up to 30 at a time without over heating.

The most technologically advanced, innovative camera that Sony has ever released, the Alpha 1 combines high-resolution and high-speed performance at a level never previously reached. A 50.1-megapixel full-frame stacked Exmor RS™ image sensor capable of up to 30 fps continuous shooting with up to 120 AF/AE calculations per second, 8k 30p 10-bit 4:2:0 video and much more, the Sony Alpha 1 will allow creators to capture what they’ve never been able to before.