By VistekFebruary 11, 2021No Comments5 Mins Read

Update: February 11, 2021 – Back in December of 2020, streaming giant Netflix announced that the BGH-1 became the first Micro Four Thirds (MFT) to be approved as a primary camera for filming Netflix Originals movies and series.

But now, Panasonic has two cameras featured on that list, the BGH-1 and the S1H full-frame, mirrorless camera which was approved back in November 2019.

In addition to that, the BGH1 is also the most affordable of the cameras on that list which should make it way more accessible for filmmakers to create approved content for Netflix.

According to Netflix, all of their “Original” content must include footage of which at least 90% was shot on one of it’s approved cameras.

Here is a link to the official guide to shooting “Originals” using the BGH-1 Netflix created to help filmmakers. 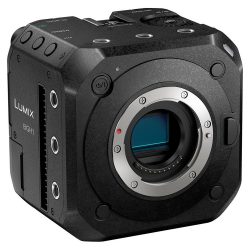 The BGH1 is being touted as a camera that can be used for a wide range of applications including, live-streaming, multi-cam productions, on vehicle shots, sports, documentaries or just about anything else you can imagine.

It uses a Dual Native ISO system (sets ISO 400 and ISO 51200 as base sensitivities for low noise levels) that chooses the optimal circuit according to the sensitivity before gain processing, to minimize noise generation allowing for a wide dynamic range of up to 13 stops in V-Log L. 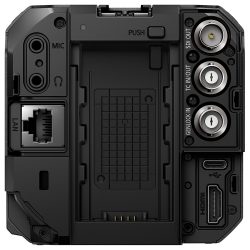 External 1080p recording is available over 3G-SDI and can be output simultaneously with the HDMI allowing operators to use one signal to record and the other to monitor.

Hybrid Log Gamma (HLG) is available in Photo Style and there is a low-bit-rate recording mode, C4K/4k HEVC/H.265 for HLG.

The BGH1 utilizes advanced, deep learning autofocus technology to detect both human and fast-moving subjects including dogs, cats and birds.

The system offers eye, face and body tracking as well as a separate head tracking capability (for human subjects) that continues to track even if the subject moves quickly, turns their back to the camera or tilts their head. 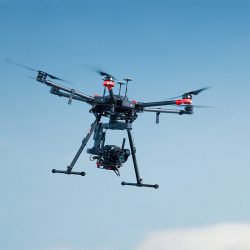 Thanks to it’s aluminium and magnesium alloy body construction, the BGH1 is both durable and at only 545g (without a lens or attachments) extremely light.

How light? Well Panasonic says that it weighs 17% less than their GH5S mirrorless camera.

Thanks to this light weight construction, the BGH1 can easily be mounted on professional drones or handheld gimbals designed for larger cameras.

The other benefit to this construction is heat distribution, which when combined with the camera’s internal fans keeps the camera from extreme overheating. 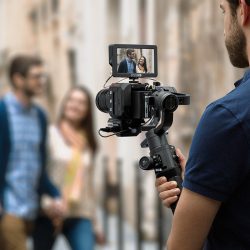 The BGH1 is a barebones system that is designed to be augmented with accessories including, most importantly, a monitor for which notably, the camera lacks.

Based on the Micro Four Thirds System standard, the new LUMIX BGH1 takes advantage of high mobility with an extensive interchangeable lens lineup and brings together technologies that Panasonic has acquired though the development of professional cinema cameras, camcorders and the LUMIX GH series.