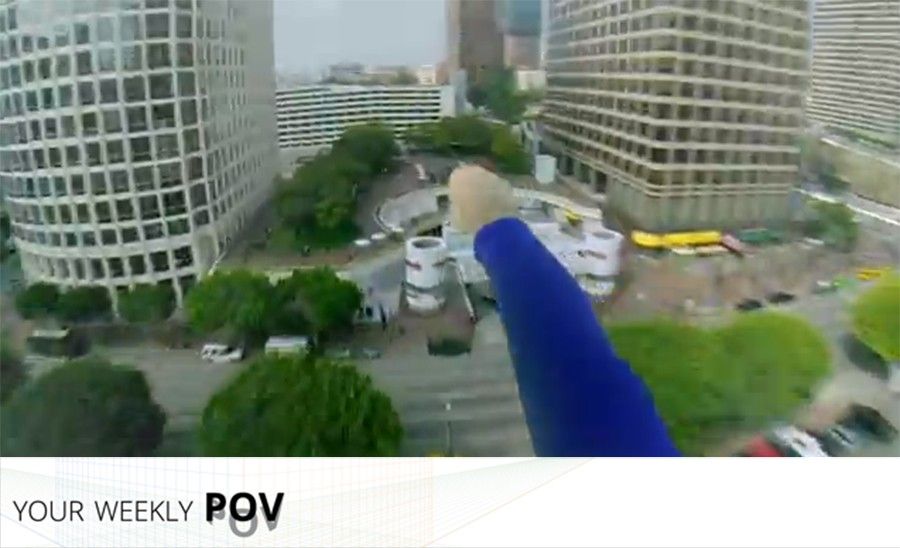 It’s time for another installment of POV of the Week! This week’s theme is Flying, because if there’s one thing GoPro Cameras were made for, it’s giving you the POV of a madman who’s willing to do all the stuff you’re not.

Making its rounds RIGHT NOW is a video that uses a GoPro Hero3+ Black Edition Adventure, some special effects and a whole lot of imagination to give you the Man of Steel’s perspective on his travels to fight crime, preserve justice and inexplicably maintain his curly Q. I guess he uses Pomade or something.

This is your Brain on Red Bull

Making its rounds several weeks ago was this nugget of sheer insanity. Felix Baumgartner, the fella who decided regular skydiving simply wasn’t thrilling enough and jumped out of a spacecraft 24 miles above the earth because (I’m assuming) YOLO. While everyone saw the jump, we were recently able to see the whole thing from Felix’s perspective with the help of several GoPro cameras.

That’s a David Bowie reference, by the way. Here, we have a hilarious mashup of haute couture meeting terminal velocity, as ridiculously good-looking models strut their stuff down the runway and right off a cliff. It’s more or less a Monty Python sketch, but these people have parachutes (that open). The GoPro gives us an unflinching shot of their chiselled good looks as they hurtle, likely screaming on the inside, to earth.