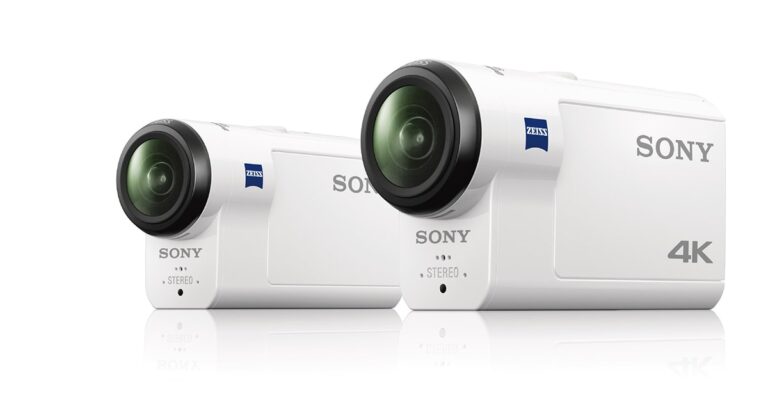 Balanced Optical SteadyShot  is an advanced form of image stabilization where internally, the camera’s lens and sensor are joined and moved together to compensate for camera shake caused by excessive motion, whether shooting handheld with optional accessories or during a fast-paced sporting activity.

While this technology isn’t new to Sony (it’s been in their camcorders since 2012), it is the first time that they’ve added it to their POV cameras.

Other common features include:

Both cameras can be paired with an updated version of Sony’s Live-View Remote that Sony says is 30% smaller than the previous model.

The live view remote allows you to view the action from the camera and also power the camera on and off via low-power Bluetooth.

Sony also updated the interface & menu system including the addition of a high-power Wi-Fi mode allowing the remote to be used from greater distances.

A new range of accessories was also announced, including the Finger Grip (AKA-FGP1) allowing for one-handed shooting and the MC Protector (AKA-MCP1) for extra protection from lens scratches and dirt.