Sony recently announced that it is expanding its NXCAM line of professional HD camcorders with the new HXR-NX5R professional compact camcorder. 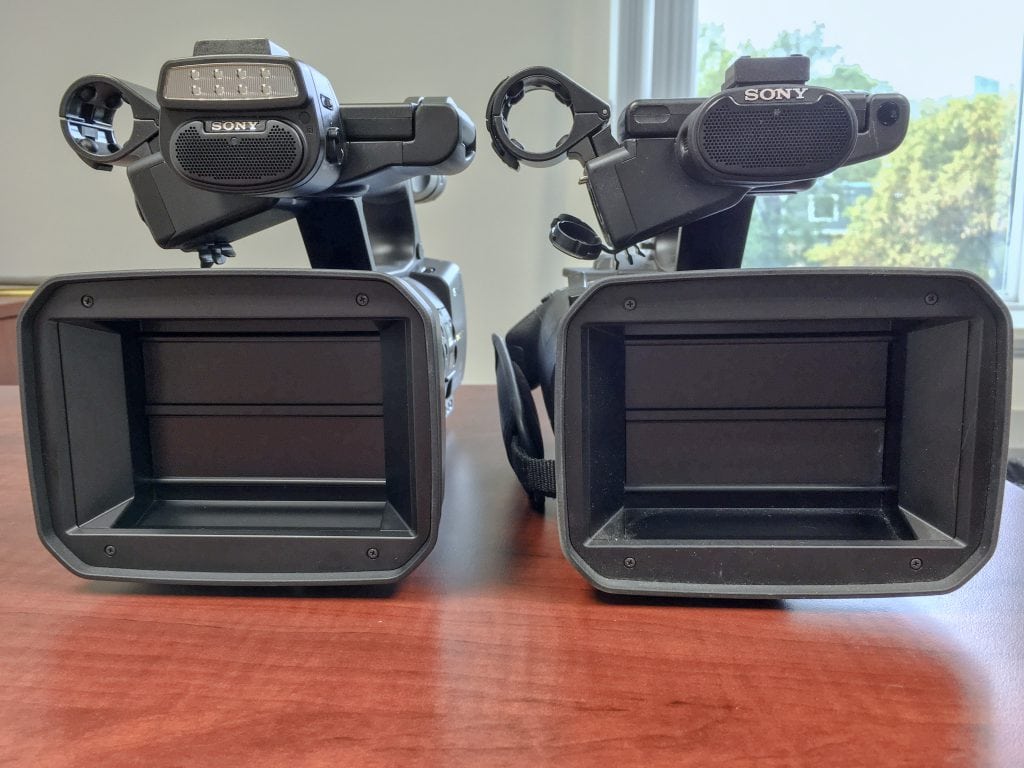 HXR-NX5R on the left. Notice the new built-in LED light

We sat down Vistek Pro Video Product Manager Brian Young to discuss the differences between the new model and the original HXR-NX5 model.

Brian, (who incidentally is a former Sony Product Manager and was also an important part of the team that developed the original HXR-NX5), was kind enough to bring in the original model for a side by side comparison. 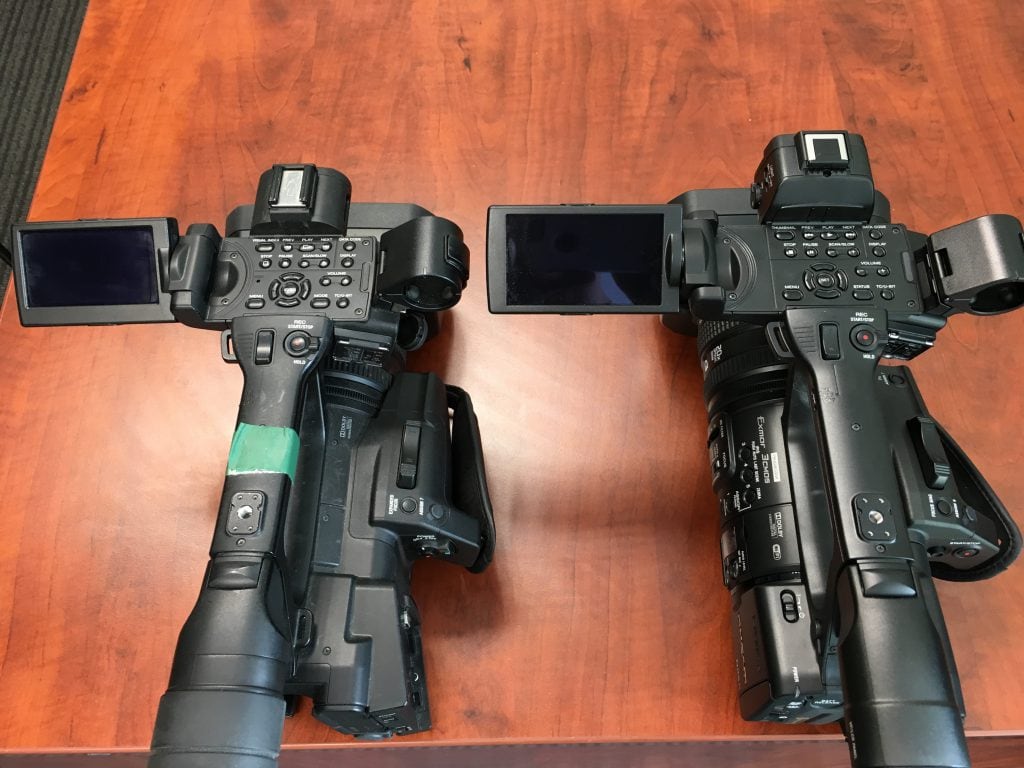 The HXR-NX5R (on right) has a bigger LCD display 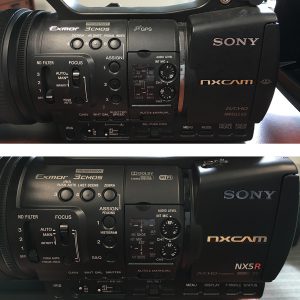 Click to see a larger image. HXR-NX5R is pictured bottom

The button layout remains mostly the same between the two models, with really the only difference being the relabeling of some of them.

You can also see that the power switch has been relocated from the back of the grip location on the older model, to the flat area just above where the Sony Logo is on the new model.

Another physical change is the addition of the built-in adjustable LED light on the front of the unit which will help to minimize the need for external lighting equipment.

Another change to note is the addition of a responsive joystick where the power switch was located. 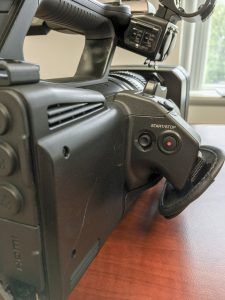 This new addition allows the user to access key camera functions without having to enter the menu. Perfect for those run and gun filming assignment.

The NX5R also features a new DC in port. This is a big improvement over the original as it allows you to shoot while the unit is plugged in and then unplug it and continue shooting uninterrupted.

Previous versions could only be plugged in via a battery style adaptor which had to be removed and replaced with an actual battery before you could shoot on the go. 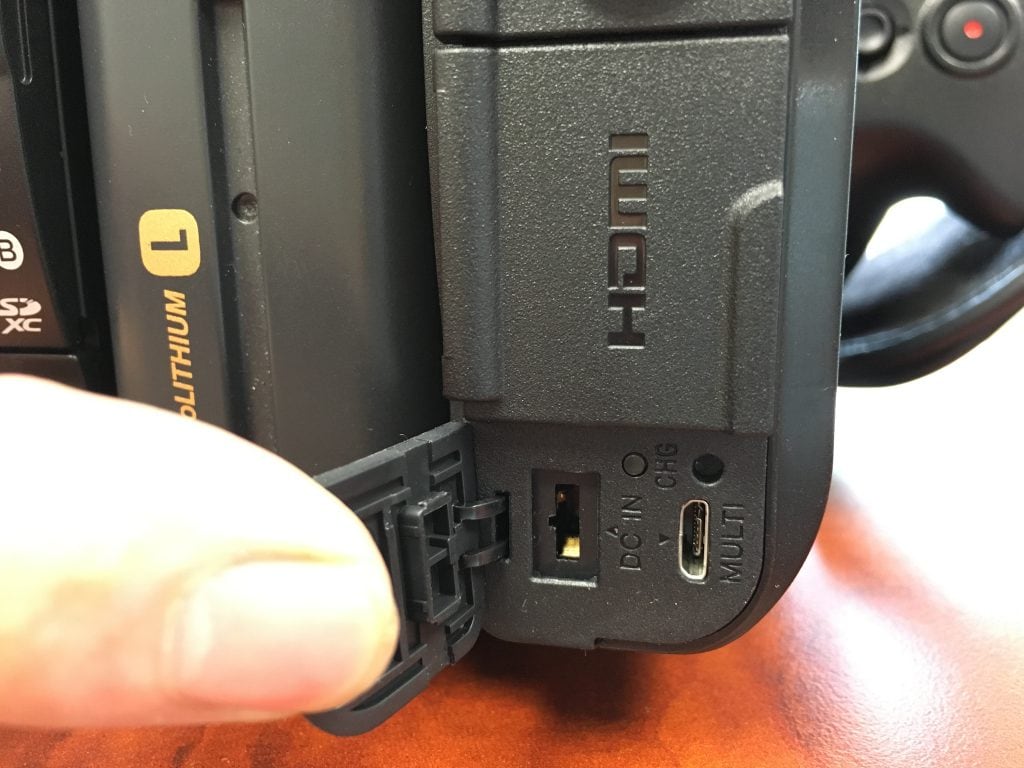 New DC IN and Multi ports 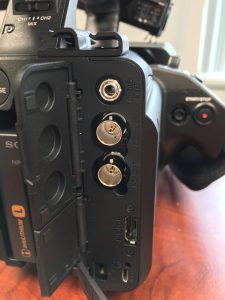 The addition of a 3G-SDI terminal supports output 1080/60p output and the NX5R is Multi-Interface Shoe equipped – ensuring compatibility with cable-less audio systems like the Sony UWP-D11 audio system.

Delivering a range of enhancements over its predecessor models,  the HXR-NX5R offers users upgraded network functions and a choice of advanced XAVC-S 50Mbps or established AVCHD/DV recording formats.

The internal GPS is gone and replaced with built-in Wi-Fi and FTP connectivity allowing users to live stream directly from the camera if desired.

Here is the official introduction video from Sony.