Vistek’s Online and In-store Photo Gallery continues to bring to you a wide range of amazing and talented photographers from across Canada.  Currently showcasing at our downtown Toronto location, until  August 2, 2013…

Matt Barnes is a Toronto-based photographer, with a proclivity toward pop culture influences, those both oldfangled and fashionable.  From photographing superstars like Snoop Dogg and Bradley Cooper, to personal heavyweights like Nick Wooster and Lexi Belle, Matt is as easily at home photographing a family picnic as he is a band of beatniks. Not one to shy away from big production commercial work, he has framed successful campaigns for companies such as Redbull, Virgin, Sony, Xbox, Budweiser, Pepsi, Jägermeister, Visa & Molson, and has been featured in the pages of Vogue, GQ, Playboy, Rolling Stone & Vibe.  Matt dreams of scenes in backwood blowups & intercity clam-bakes, but in defiance of his head being stuck in the clouds, he has both feet set firmly on the ground. Juggling an old fashioned good time with toil and graft is no mean feat, but to see proof of it’s existence

What is your background/education? (How did you go from being a photo-school dropout to being one of the top photographers in Canada?)

I studied photography at Sheridan College, but I couldn’t really be bothered with the non-photography courses (like English); hence the dropout tag. I think I was only a few courses away from graduating, but thankfully it hasn’t held me back. I’ve compensated for not finishing with my share of old-fashioned graft – no real secret to the success, just hard work.

How did you get your start as a photographer – did you have a special mentor?

Both my father, Ian Barnes, and my last boss as an assistant, photographer Ian Campbell, played significant roles in my career. My father bought me my first camera and Ian allowed me to make use of some of his space and gear, so I’m forever indebted to both. I should also give mention to Cindy and Kal, of Silver Parrot Studio, whom I interned with during high school. That internship was when I realized I could really make a living from something I was passionate about.

What/who (where?) inspires you to shoot? Any favourite photographers?

I’ve always lived by a principle of photographing my world – be it my friends, co-workers, family, my barber, mechanic, barista, etc – in environments I associate them with.  It’s served me well to this point and its part of a piece of advice I usually dish out when asked about what sort of subjects to shoot, by young photographers.  My favourite photographer sort of changes with whatever I’m into at the moment, but constants have included the likes of Annie Leibovitz, Herb Ritts, Irving Penn & Cecil Beaton.

What do you like the most about your job as a full-time commercial photographer?

I love the simple fact that I get to dress up and play pretend each and every day, and that I’m my own boss. I’m really very lucky, and appreciative, to be able to live off of what I love.

You’re known for outrageous, sometimes elaborate and large-scale shoots (the Jägermeister calendar springs to mind). How long does it take for something like that to come together?

Is that what I’m known for? I thought it would certainly be for something a lot seedier! Haha.
It really depends on how elaborate the shoot is, and whether or not it’s a creative personal project or a commercial gig. Sometimes my team and I will be in pre-production for a few weeks and on other occasions, we’ll only have a few days to pull everything off – it really does vary.  I’m pretty meticulous when it comes to all facets of my work, so it’s nice to have my hand in everything.  My producer Tara and my assistant Kyle are both very dedicated to helping me express my vision, which is something I’m grateful for.

What has been your most memorable (crazy, interesting, amazing or inspiring) shoot?

Different shoots have been memorable for different reasons.  I remember the thrill and anticipation of shooting Snoop Dogg a few years back, who was not only the biggest celebrity I’d photographed at that time but was also someone who I was really into, so that was cool. Two of my favourite shoots were personal creatives – the Truman CCapote-inspired’Summer Crossing’ series and my broken down Bus to Kansas City series. I love being able to take an idea from its beginning to its execution – it’s a really rewarding feeling!

A recent challenge was for a ‘Beauty of Sport’ edition of Sportsnet Magazine shoot, which just wrapped. I don’t have a significant amount of experience photographing athletes, so that was a bit daunting at first, but I was quickly able to get past that and grew into the project. I’d love to shoot more sporty stuff in the future – promo shots for an English football (soccer) team would be a real cool gig!

Again, there hasn’t been one stand-alone shoot, moment or accomplishment that’s been the greatest, but rather a series of small personal successes. Getting the opportunity to photograph someone in the pop culture world who I admire is always something of note, and my brief (so far) foray into film – a short for Bravofact and a music video for the Sheepdogs – is something I’m really happy to have done. Being flown to South Africa for a commercial gig wasn’t too shabby either! 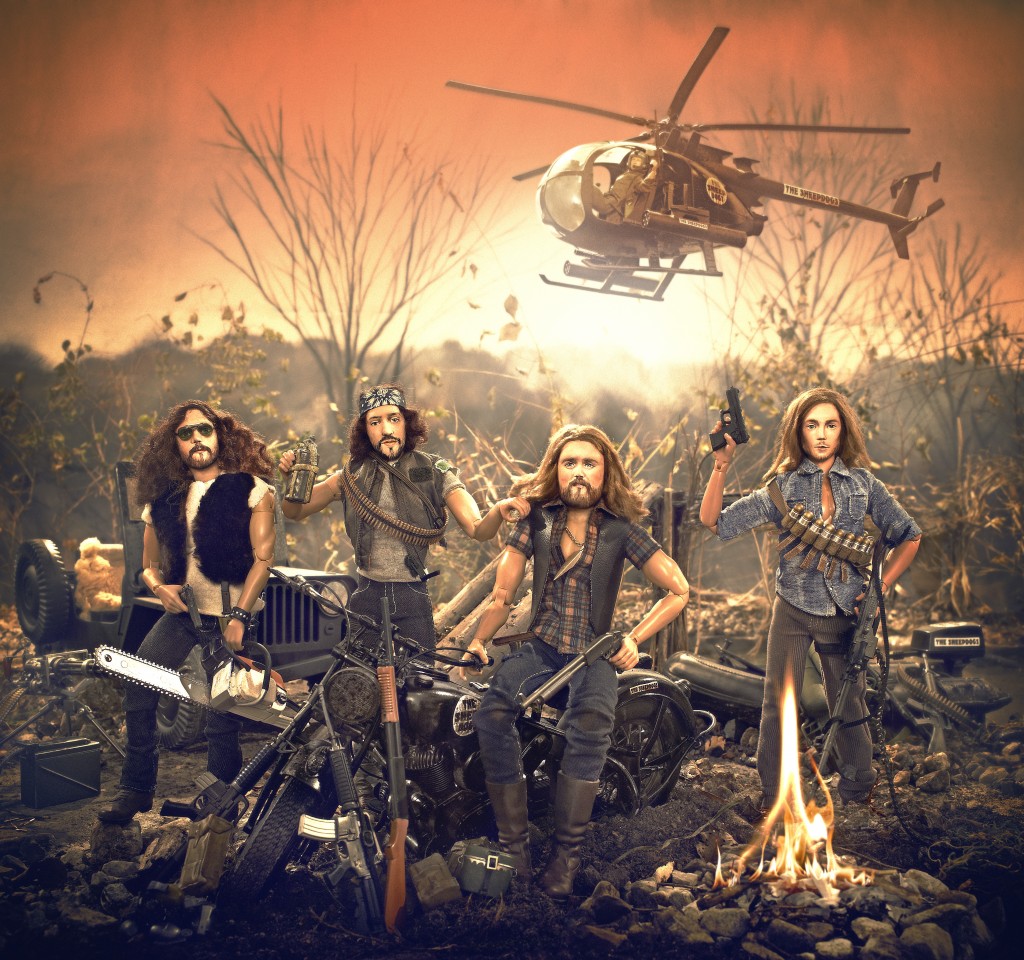 I don’t have any real regrets and consider myself too lucky to complain, so I’ll have to answer this with an affirmative no!

Do you have any advice for photographers looking to get into the industry?

Shoot whoever you can, as often as you can. I set up a makeshift studio (i.e. painted my apartment walls white) in my early 20s, which opened the door for me to shoot local bands and interesting characters right from home, so I had a good portfolio quite early on. I see a lot of potential photographers come through schools, assist for ages and then either drop out of the industry or work in other roles as a result of lack of work, but often it’s just a case of them not shooting enough – if you want to be a photographer, take photographs.

I’m not a crazy gear nut and kind of switch up gear depending on my shoots… I love the Hasselblad 503 system…I like a small octobox for location one light work…I’ve always loved Profoto, its quick and easy to use.

I have a bracket that allows me to flip between vertical and Horizontal and mount a flash on… its always my go to after a shoot to grab a few simple direct flash snaps.

I guess I would choose a Nikon D800 with a 24-70… It’s a cheap, rugged, easy to use setup and usually covers me for anything I want to do.

I just finished working on a voodoo-inspired piece for the coolest art show in Toronto – the follow-up to last year’s ‘UNO’ at the Evergreen Brick Works, this year appropriately titled ‘DOS’. It’s put on by La Carnita / HXfour, and I’m paired with tattoo artist and pal David Glantz.  I won’t get too much into what I’m showing at the event, as you’ll have to come out on Friday, July 19th to see for yourself! Check here for more info and to buy tickets.

In Ontario you can, at: