The West Edmonton Mall – the largest mall in North America – is more than just a place to shop. Among its hundreds of stores and services, it’s home to the world’s largest indoor waterpark, world’s largest indoor amusement park, a life-size replica of a Spanish galleon, and an NHL-size skating rink. It’s a city within a city, with a workforce of roughly 24,000 people.

No question, the West Ed is a spectacle in itself. And for that reason, local Edmonton photographers Owen Murray and Tom Young decided to team up to properly showcase “The Mall”, which is currently on display at Vistek’s Calgary stores. We recently arranged in-depth interviews with both photographers. 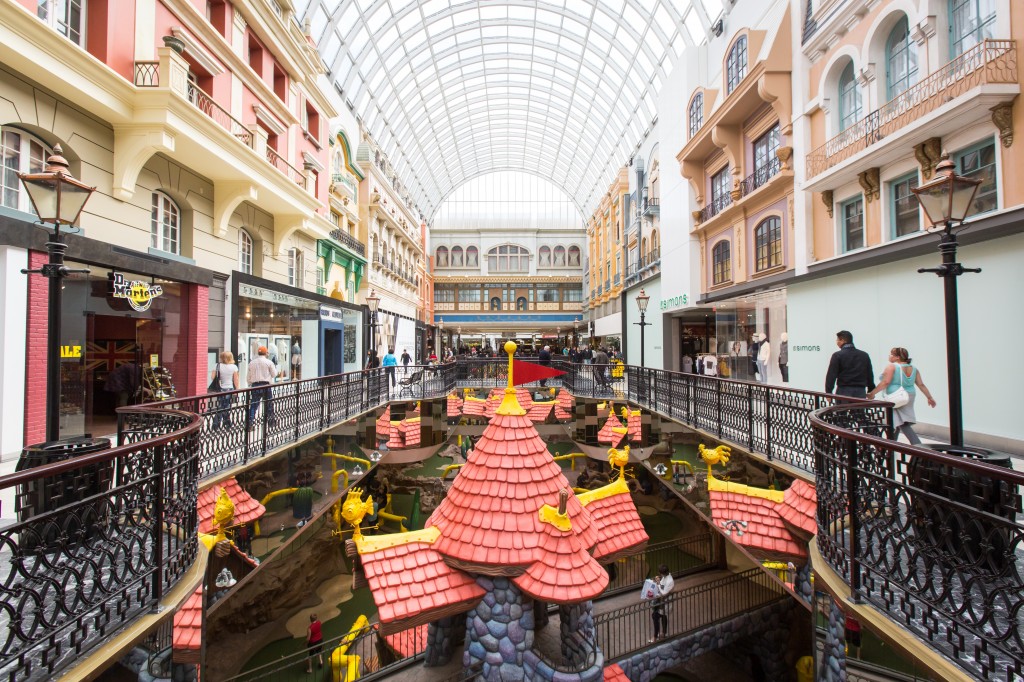 An interview with Tom Young

My father, a graphic designer and amateur photographer, was my first inspiration to pick up a camera as was a way to try to connect with his interests. Over time I started gravitating towards urban subjects, with street photography and urban scenes becoming my primary focus.

My photography is very much an outgrowth of my professional interest as an urban planner. I love documenting and exploring the state of urban life, whether at home or on my travels. Urban culture seems to be changing so quickly. I think the photos we take of life in cities today are likely to be very different from what we see 30 years from now.

Taking photos on numerous occasions in the overflowing streets of New York, the spiritual home of street photography, has been a highlight. A trip to Mardi Gras in New Orleans in 2011 was also a mind-blowing photographic experience.

Becoming part of the Observe Collective, an international street photography collective, which I was proud to help form in the summer of 2013. Our first group exhibition will be in Germany this coming June. Being a part of photographic communities is invigorating, and I’ve been lucky to have found camaraderie and encouragement both in Edmonton and abroad.

What are some of your biggest challenges?  How do you overcome them?

Overcoming a fear of taking candid photos of strangers in public was the biggest challenge for me to overcome. Being able to take photos without first asking permission is the key to reflecting public life as it actually happens, rather than how people present themselves when they are aware of the camera. It was a slow process involving lots of practice, sharing with other photographers, and a growing conviction that there is value to taking photos of society that are minimally influenced by the photographer.

I am lucky to have a day job that allows me to take photographs without feeling pressure to make money from it. But if I were to have done anything differently, I would have started taking photos seriously earlier in my life.

Shoot, shoot, shoot. Look at the work of others and learn from it, but take note of what it is that excites you, what keeps you interested to go out and shoot again and again. Shoot for yourself first and foremost and I think it will reward you for the rest of your life.

Tell us a little about some of your favourite photo gear.  A short list with your fav camera, lighting equipment, lens, modifiers. How does travel affect what you bring?

I never shoot in a studio, and am usually trying to adapt quickly to whatever I find in front of me, so keeping things simple is best, no matter where I find myself. I shoot with a Canon 5D Mk III and a variety of lenses, usually somewhere between 24 mm and 50 mm. A handheld flash on a tether is often part of my method indoors or once the sun goes down.

My ONA camera bag, which is comfortable and has kept my camera dry and my stuff organized on innumerable photo outings and trips, despite my ongoing abuse of it.

For the type of subjects I shoot, it has to be a fairly wide lens. Likely a 24 mm on my 5D.

I have an ongoing project documenting Whyte Avenue night life, and more generally photography documenting public life in Edmonton, wherever I can find it. This is a project that I expect (hope!) may never end.

Online at: flickr.com/yotung, observecollective.com, and this June through August with the rest of the Observe Collective at the Staedtische Galerie in Iserlohn, Germany, should anyone be in the neighbourhood.

An interview with Owen Murray

The summer before attending ACAD and during my first year, Lachlin MacKinnon really encouraged my photographic pursuits. In the Visual Communications program I was always using a 35mm SLR to shoot reference for illustration projects and it just sort of evolved from there as a quicker way of communicating and telling stories. After graduating a camera was with me anywhere I went.

In one word: light. It’s a way of being, seeing and interacting with the world. It’s about presence and being present.

Working as a photographer in Egypt  — it’s all of the above, all rolled into one…

Pushing the limits of the current technology while photographing Egyptian monuments.

What are some of your biggest challenges?  How do you overcome them?

Creating time to shoot personal projects. I’m working on it, though have realized this may come later in my career rather than sooner.

Not much, for me it’s been a very organic process, though there were certain points where having a mentor or peer group would have been helpful.

If you want to be a photographer, take pictures, and don’t stop. It’s not about your gear, it’s about how you see.

Tell us a little about some of your favourite photo gear.  A short list with your fav camera, lighting equipment, lens, modifiers. How does travel affect what you bring?

D800 and the AFS 60mm 2.8 Macro, because it forces you to move, but at the same has great versatility and is tack sharp.

Currently on contract in Luxor, Egypt for the University of Memphis photographing all of the scenes on the small columns in the hypostyle hall at Karnak Temple.

Online at: ommphoto.ca in print via blurb books and hopefully soon enough in galleries.