The Rotolight Anova PRO: One Light to Rule Them All

As a photographer or videographer, it’s hard not to get excited when a new lighting product is announced. Doubly so when it’s a product as exciting as the Rotolight Anova Pro LED studio/ location light.

Founded in 2009, the UK based Rotolight has made a solid reputation for themselves with their award-winning LED lights.

Now, you might be saying to yourself, that’s all fine and dandy, but how does this affect me as a shooter?

Like past Rotolight products, the key to the Anova Pro is its versatility. The bi-colour LED system with AccuColour™ delivers exceptional colour rendering (CRI:96+) and has a soft light output that is up to 43% brighter than previous versions.

It also boasts five patented, “industry-first” features that will help to save “significant time and money whilst enabling greater creativity for DOP’s and cameramen in-studio or on location.”

“I’ve tested a few continuous lighting panels in the past — having used strobe for a long time — but I’ve never liked the feel of them. Until I found the Rotolight Anova,” – Mark Mann

Shots made using the Anova Pro 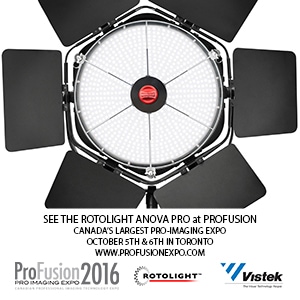 See the Rotolight Anova Pro in person at ProFusion Expo

Get Your Free Tickets Today! 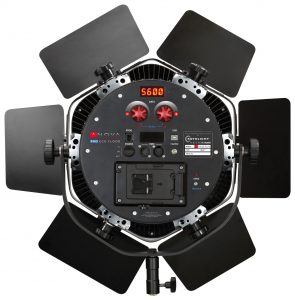 While the first four features are valuable tools for cinematographers, it’s the last feature, the High-Speed Sync Flash that is the reason that photographers will want to jump all over this.

This means that it will fire continuously with no noticeable loss of power for as long as you hold the button down, perfect for portraits, weddings, sports, dance or any other set-ups that you want to capture crystal clear shots of people in motion. In fact, the possibilities are endless!

Check out this video featuring photographer Jason Lanier to see why photographers should be excited about the Anova Pro.

With the versatility and portability of the Anova Pro, we feel that it’s fast going to become the must-have piece of lighting kit for photographers and videographers alike.