The Village of Watkins Glen is well known for its auto racing history, hosting the Summer Jam at Watkins Glen rock festival back in 1973 (setting a world record with it’s 600,000 person attendance) and it’s uniquely beautiful and photogenic State Park.

Situated at the south end of Seneca Lake in the Finger Lakes region of New York State, Watkins Glen is an easy 5 or so hour drive from Toronto that takes you through some of the historic (War of 1812) towns, villages and hamlets of that can be found in Upper New York State. 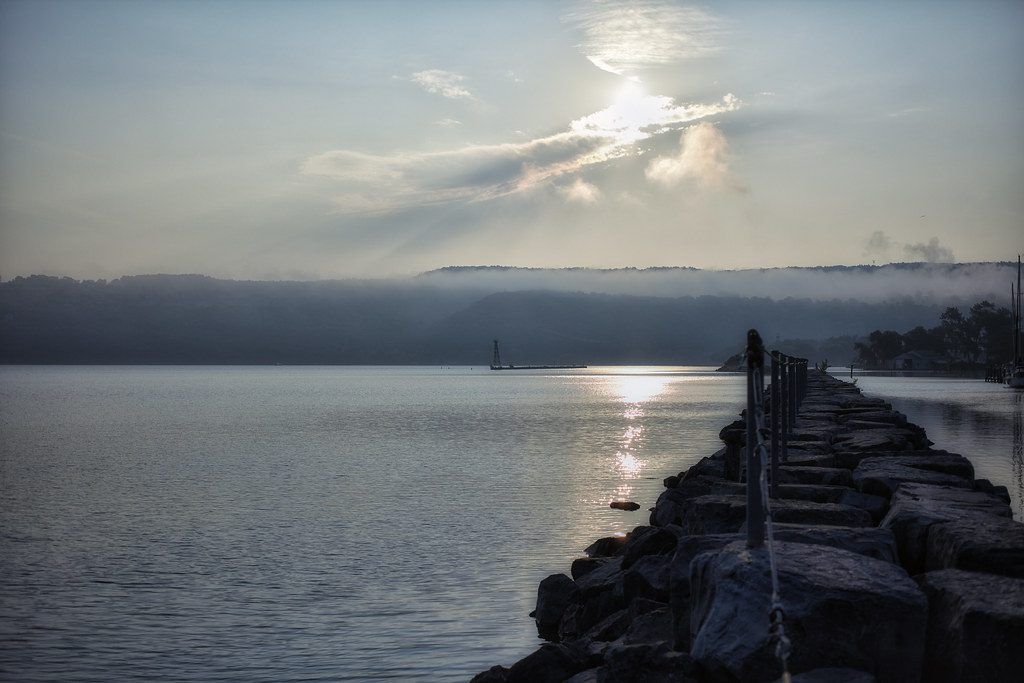 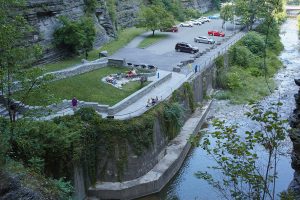 Main Parking Area and Entrance to the Gorge

The 778-acre State Park, located along the main street, just south of the Village’s downtown area was first opened to the public in 1863 as a private tourist resort before being purchased by New York in 1906 and receiving its designation as a State Park.

The main draw for visitors (especially photographers) is the narrow, 400-foot-deep gorge that features 19 different waterfalls, as well as various chutes and potholes created by the Glen Creek. 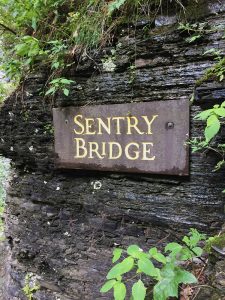 When you first enter the park through the parking lot, you’ll have to decide which of the three different hiking trails you’ll follow.

The Southern Rim and Indian Trails will take you up through the wooded area and along the rim of the gorge.

The Gorge Trail however, takes you alongside Glen Creek at the bottom of the gorge and is the probably the most popular and visually appealing of the three.

The trails are accessed via the parking lot at the main entrance, by walking up a set of stairs that were hand-cut through the rock in the early 1900’s to reach the Sentry Bridge.

Built in the 1930’s, Sentry bridge is the gateway to the rest of the park and your first taste as to the magical atmosphere that you’ll encounter along the rest of the trail. 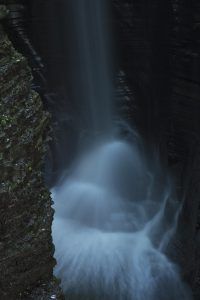 Leaving the Sentry Bridge behind, it doesn’t take long before you’ll encounter one of two waterfalls that you can walk behind known as the Cavern Cascade.

The trail continues to wind along the river surrounded by the slate, limestone and sandstone walls of the gorge with the creek bed changing shape multiple times, from narrow to wide, shallow to deep.

There are tons of amazing photo opportunities along the entire length of the trail, although, in the summer, it’s tough to find a patch of trail without people on it.

The climate along the trail also changes a little bit as you walk. In the heat of the summer, you’ll experience cooler temperatures with a higher level of humidity so keep that in mind when planning your photo ops.

In terms of gear, keep in mind that the trail is well shaded in areas, so you’ll want to make sure that you have a lens that will allow you to capture images in lower light situations or take a tripod/monopod to give some extra stability in the less lit areas. 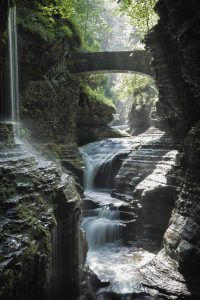 As mentioned, there isn’t really a bad spot along the trail to capture beautiful, ethereal looking images, but I do have a few favourite spots to share. 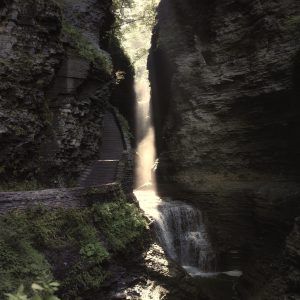 If you don’t want to camp at the park, there are several in town hotel and B&B options for you to choose from.

This has been the first in a series of articles highlighting road trip destinations that we think will provide you with unique photographic opportunities.