With the announcement of the EOS M5, Canon looks like they are ready to get serious about their mirrorless ambitions. 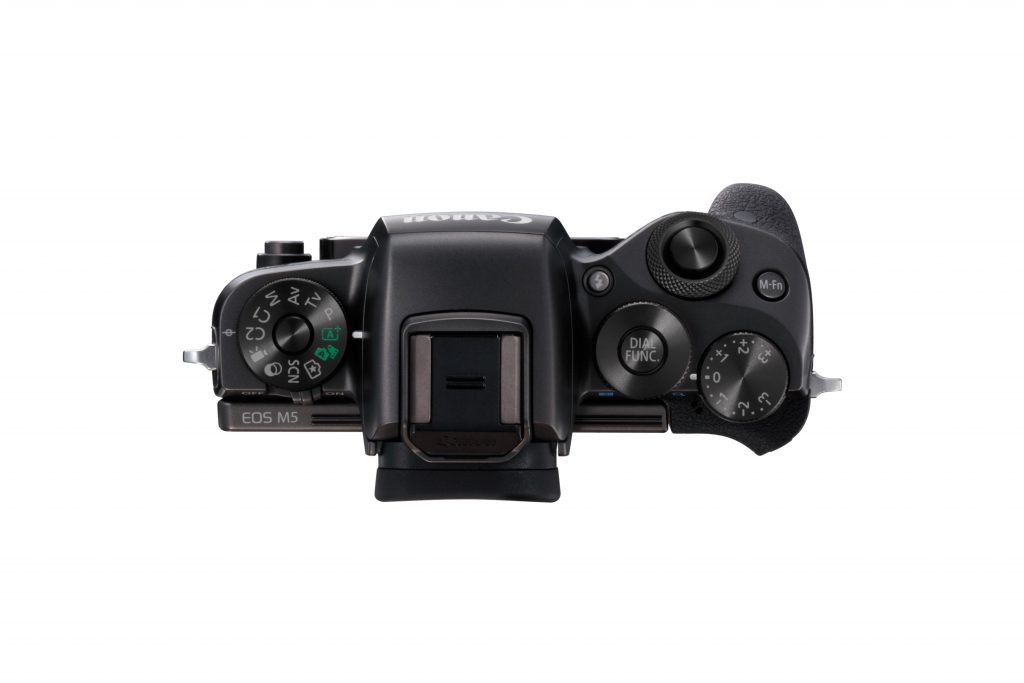 We love the big beefy handgrip and industrial looking finishes

Choosing not to go with a “retro” inspired look, as most of their contemporaries have, the EOS M5 has the look and feel of their other DSLRs and that’s not necessarily a bad thing. It’s still sleek and elegant looking but has an air of strength & ruggedness to it as well which isn’t found with some other manufacturers products. 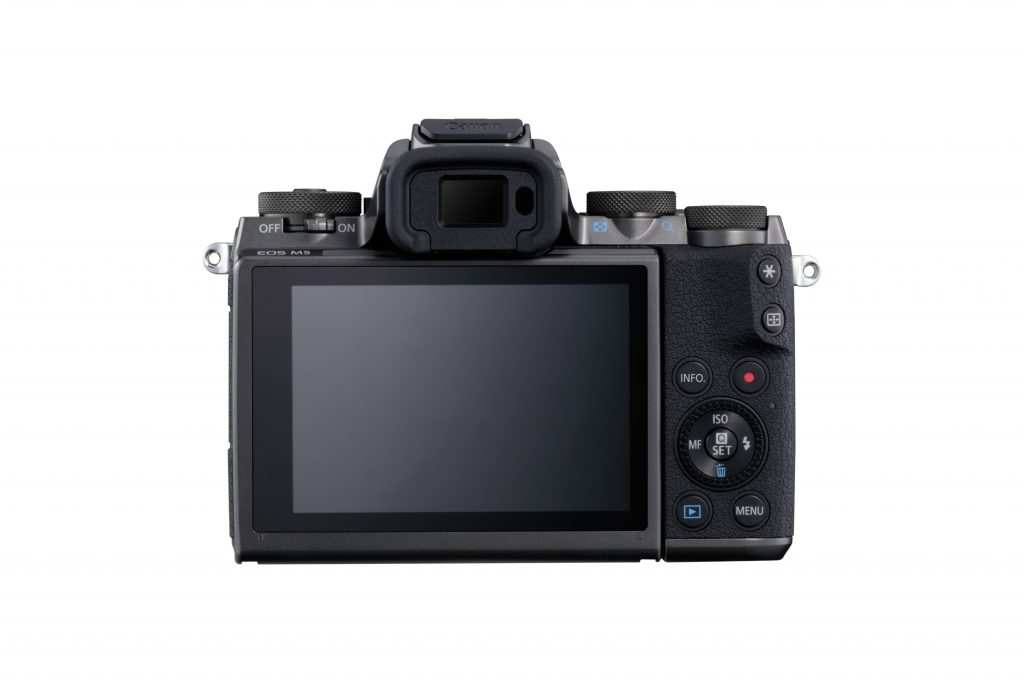 Unlike previous EOS M cameras, the M5 features a built-in 2.36M-dot EVF rather than an addon that attached to the hotshoe. The 1.6 M dot LCD touch screen is 3.2 tilt-type (85° up – 180° down) and gives access to many of the cameras functions.

As with the newly announced 5D Mark IV, the M5 features a Dual Pixel CMOS AF allowing for “Touch and Drag” AF giving users the ability to easily switch the subject of their focus by dragging the AF frame directly on the LCD panel even while composing a shot through the camera’s EVF.

You won’t find 4K video on the M5, but it does offer full 1080p at 60fps for those who want to shoot video with it. This is also where the new in camera 5-axis digital image stabilzation comes into play, especially when paired with IS-compatible lenses as seen in this video from Canon.

The extra power that the DIGIC 7 processor provides, allows the M5 a burst rate of up to 7fps (same rate as the 5D Mark IV).

The M5 is also the first in the EOS camera line to include the low energy Bluetooth® Smart feature, providing a constant connection with a compatible smartphone or tablet when paired with the Canon Camera Connect application (as long as both applications are active).

The M5 also has built-in NFC and WiFi giving you lots of options to upload and share your images almost instantly from your device. You can also use your mobile device to control your camera and shoot remotely.

The M5 is a great step forward into the mirrorless realm for Canon and we’re looking forward to being able to try one out in the coming weeks.

Key Features of the Canon EOS M5 Camera Include: