Yesterday saw the announcement of two new Sony a6000 Series mirrorless cameras, the new top of the line Sony a6600 and at the opposite end of the spectrum, the entry level Sony a6100. 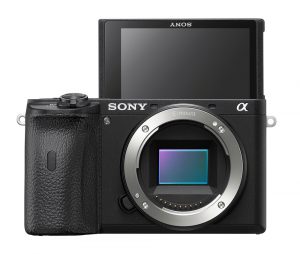 The Sony a6600 replaces the a6500 as the “flagship” of the a6000 series of mirrorless cameras and boasts Sony’s latest autofocus technology.

With the a6600, you’ll find the same 24MP APS-C sensor, BIONZ X image processor and 425-point hybrid autofocus system as found on the Sony a6400 and just announced a6100.

Other features carried over include, 11fps burst shooting with autofocus and auto exposure, real-time tracking AF and 4K/30p with full-pixel readout and no pixel binning, Super 35mm format video recording.

Click here to register for your free ProFusion Expo tickets

For more details, Canadian pricing and availability, click the link below.

The α6600 packs in the features, to deliver what you need for just about any situation you encounter – fast AF, steady image stabilization and stunning image quality, a high-capacity battery and serious 4K HDR (HLG) movie shooting.

For the more budget minded, the Sony a6100 is the new entry level option for the a6000 series, but that doesn’t mean that it’s any less appealing. 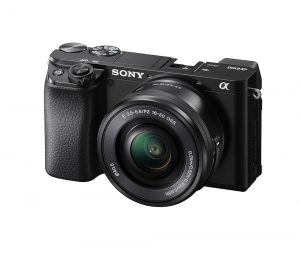 As it is an entry level camera, there are some differences, mainly with some of the physical features. The EVF for example only boasts 1.44M-dot resolution, down from the 2.36M in both the a6400 & a6600. Also absent is the separate headphone jack (although it keeps the microphone jack). The ISO range is slightly lower as well, maxing out at 51200 instead of 102,400.

Two other features that you won’t find on the a6100 are, the ability to use Eye AF during video recording and the in-body image stabilization that both feature on the a6600.

However, if you can live without those features, the a6100 is a pretty solid, budget friendly option for those new to photography and/or vloggers looking for a slightly less expensive way to capture high-quality video and stills.

For more details, Canadian pricing and availability, click the link below.

Capture special moments and portraits to remember and share. Thanks to stunning image quality and speed based on technology developed for our full-frame models, you can leave the hard work to the camera. The α6100 ensures you’ll never miss an instant.