2017 was a big year for camera manufacturers with the release of a slew of new and updated systems. Here is our list of the top 7 stills cameras that we feel had the biggest impact of the year. 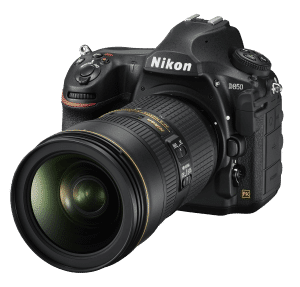 Let’s face it, Nikon needed to release something big this year, really big in fact. Nikon has been losing ground over the last little as the popularity of mirrorless camera systems continues to over take “traditional” DSLRs.

The pre-release buzz around Nikon’s newest flagship, the full-frame, 45.7 MP D850 was massive and when it was finally released it was roundly praised by photographers.

Featuring upgraded sensor design, auto-focus capabilities, greater dynamic range, 4K video and more, this was the camera that had everything Nikon shooters had been hoping for and more. 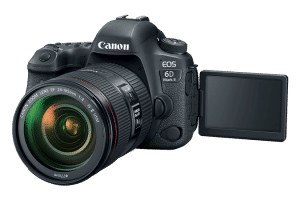 The Canon EOS 6D Mark II is an the full-frame alternative for photographers who are ready to make the move up to a full-frame camera but not willing or able to invest the money needed to purchase a 5D Mark IV or other higher end Canon full-frame cameras.

This is not to say that the 6D Mark II is lacking in features, in fact, it’s quite the opposite. I features Canon’s latest DIGIC 7 image processor, Dual Pixel CMOS AF with Phase Detection, vari-angle touch screen LCD, built-in Wi-Fi, NFC, Bluetooth and GPS just to name a few. 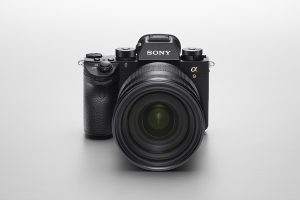 Sony says that the Alpha a9 is “the most technologically advanced and innovative digital camera they have ever created” and to be honest, it’s hard to find fault with that statement.

One of the biggest advances that the a9 offers is the world’s first full-frame stacked CMOS sensor which combined with their new BIONZ X processor allows photographers to capture images at up to 20 fps with continuous AF/AE tracking for up to 362 JPG or 241 RAW images at a time.

Throw in 693 focal place phase detection AF points covering approximately 93% of the frame and the ability to calculate AF/AE at up to 60 times per second, it’s pretty much guaranteed to never lose your lock on your subject no matter what they are doing.

Read more about the Sony Alpha a9 here

Sony has had quite the busy 2017 with the release of the aforementioned a9 earlier in the year and then the announcement of the latest a7 series camera, the a7r III.

The a7R III takes the the best features found on the previous a7 II model, then sprinkles in some of the newer technology introduced on the more recent a9 model, and then adds a few new treats for good measure.

Continuous shooting has also been given a boost up to 10 fps with full AF/AE tracking and the focusing system now features 399 focal-place phase-detection AF points.

There are a host of other improvements including, Pixel Shit Multi Shooting mode and improved 5-axis optical image stabilization that Sony states is like adding an additional 5.5 stops. 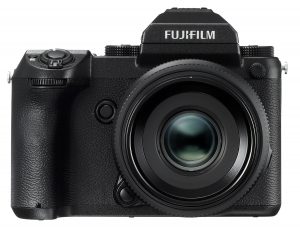 The only medium format camera on our list, the GFX 50s started to make it’s way in to photographers hands in early 2017 to pretty rave reviews.

Coming in at under $10,000 (without a lens), it’s also one of the most affordable ways to get into the medium format game without having to resort to buying used equipment.

Unlike other Medium Format (MF) bodies that can feel large and cumbersome, the GFX 50s sits in your hand as comfortably as a regular sized DSLR. 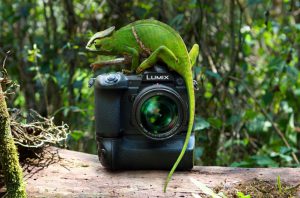 The newest camera on our list, the Lumix G9 was announced by Panasonic back in the fall and is being hailed by Panasonic as their “ultimate stills camera” by shifting their focus back to the needs of still photographers.

The redesigned body features a deeper grip and larger body size as well as a LCD status screen on top of the camera, something not normally found on mirrorless cameras.

It shares the same 20.3MP sensor as the GH5 but offers improved colour and more intelligent noise reduction thanks to its upgraded Venus processing engine. 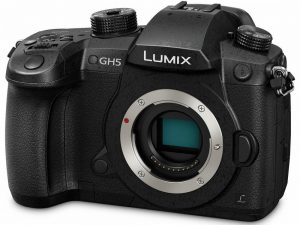 While the above mentioned G9 is geared towards photographers, the GH5 was designed primarily for video shooters.

The GH5 features a 20-megapixel sensor (a first for the GH line) without a low-pass filter, meaning images should look much sharper than on previous versions.

Panasonic also introduced their new Venus Engine 10 processor, which they say will eliminate the “rolling shutter effect” that is the bane of filmmakers who shoot on CMOS cameras everywhere.

The GH5 also supports the Hybrid Log-Gamma (HLG) standard for recording HDR video and even does so in-camera as well as a host of other formats.

So there we have it, our top 7 picks for cameras that had the biggest buzz in 2017. What do you think? Do you agree with our list? Is there anything you would add to it? Let us know what you think in the comment section below.