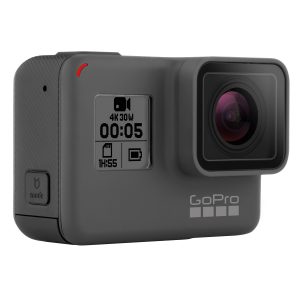 The GoPro Hero 5 Black is the newest, most powerful and easy-to-use GoPro ever!

One of best additions to the Hero 5 is the ability to control it with your voice. Simply say “GoPro” followed by the command you wish it to do and the Hero 5 will complete the task.

The 2-inch touch display on the back allows you to preview and playback footage, change settings and do basic trimming without having to download the footage first.

Gone are the days where you had to purchase a separate housing to keep your GoPro dry. The new design incorporates the waterproofing right into the body of the camera, allowing you to go to great depths (up to 33 feet) to capture the footage you need.

Keeping things simple, the Hero 5 Black has a single button that turns the unit on and off as well as starting the recording function.

You can now upload photos and video directly to the cloud, allowing for instantaneous editing and sharing from your mobile device. The Hero 5 also comes equipped with built-in GPS.

See all the latest GoPro Products and more at ProFusion Expo 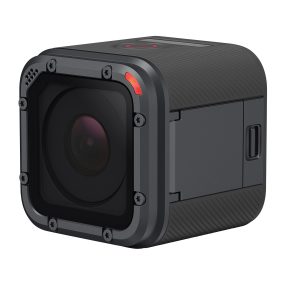