Every year ProFusion Expo invites the best of the best to share their knowledge & experience on the Main Stage and this year’s speaker list is shaping up to be outstanding! 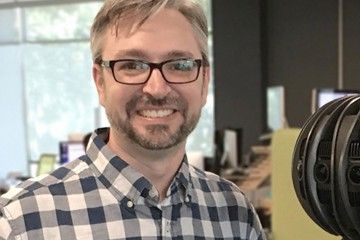 An accomplished director/cinematographer and stereographer, Dashwood’s diverse range of credits include music videos, commercials, documentaries and feature films, as well as S3D productions for 3net, DirectTV, Discovery Channel and the National Film Board of Canada.

Tim will be on the Main Stage at ProFusion on October, 5 at 5:30 p.m. or in the VR Experience Centre throughout the day.

In this session, Tim Dashwood will use some real-world examples from recent projects to demonstrate some of his personal tips & tricks for giving your 360 video (2D or stereo3D) some extra finesse in After Effects, Premiere Pro, or Final Cut Pro.