If you’re heading to ProFusion Expo in Toronto next week, you’ll be one of the lucky few to get an exclusive preview of the yet-to-be officially announced Rotolight Anova PRO 2! 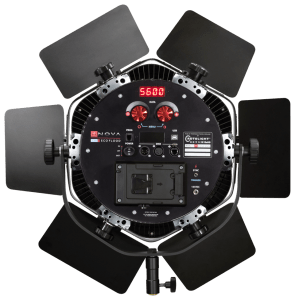 The new Anova PRO 2 redefines the standard for professional LED lighting, as one of the brightest LED lights ever launched in its class, delivering over 10,700 lux at 3 feet, whilst offering unrivalled battery performance. Packed with innovative features for Filmmakers, Anova Pro 2 includes an updated suite of Rotolight’s award winning CineSFX, which are now wirelessly triggerable thanks to an integrated Elinchrom Skyport flash receiver.

70% brighter than the previous Anova PRO 1, Anova PRO 2 is also ideal for professional Photographers, providing a 250% performance boost in High Speed Sync flash mode(1/8000th), with no recycle time so you never miss a shot.

At ProFusion Expo, Rotolight will also be demonstrating their NEO 2 on camera hybrid LED/flash which recently won the Digital Camera Gold and Best on test awards, as well as its updated AEOS, now including Elinchrom’s wireless Skyport HSS flash receiver.

Join Sony Artisan of Imagery Jason Lanier for a live demonstration on “Mastering your portrait lighting” featuring the Anova PRO 2 in the Rotolight booth (1712) at 1:30 p.m. on November 7th and 10:00 a.m. on November 8th.