Basically an FS7 on steroids, the just announced Sony FX9 takes everything that was great about that camera, adds a dash of Sony Venice and a pinch of the Sony A9 to create a “run-and-gun” style camcorder the likes of which we’ve never seen from Sony before.

With the new FX9, we are striking an attractive balance between agility and creative performance. We’ve combined the cinematic appeal of full-frame with advanced professional filmmaking capabilities in a package that’s extremely portable and backed by the extraordinary versatility of Sony E-mount.” – Neal Manowitz Deputy President for Imaging Products and Solutions Americas at Sony Electronics

The Sony PXW-FX9 is a full-frame, 6K sensor camera that offers Fast Hybrid AF, Dual Base ISO, S-Cinetone colour science and a variable electronic neutral density filter controllable from a hard dial on the side of the camera. 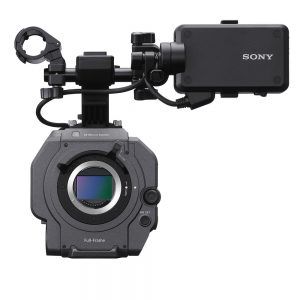 According to Sony, the Exmor R sensor is also capable of up to 15+ stops of dynamic range and features a dual base ISO of 800 and 4000.

It also offers S-Log 3 and S-Gamut 3 Cine along with a new colour science Sony has called S-Cinetone which they say offers a more accurate colour gamut and skin tones, providing a better cinematic look.

Click here to register for your free ProFusion Expo tickets

Another significant update is the new Fast Hybrid & Face Detection a feature that was previously only found on Sony’s Alpha series mirrorless cameras. 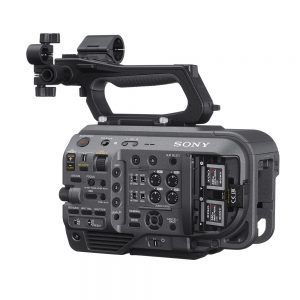 It features customizable AF transition speeds and sensitivity settings and also uses a 561-point phase-detection AF sensor covering approximately 94% in width and 96% in height of the imaging area to achieve fast and accurate subject tracking with contrast AF.

There are seven-level AF transition speeds that can produce fast-switching between subjects,  right down to slow, which reduces the speed for a more measured shooting style.

Also, there are five-level AF subject shift sensitivity ranges from subject lock, ignoring other moving subjects to responsive, which switches focus from one subject to another.

The variable Electronic ND filter is controlled by a dial on the side of the camera offering a clear filter and 3 user-defined presents and is adjustable to provide anywhere from 2 to 7 stops of ND. 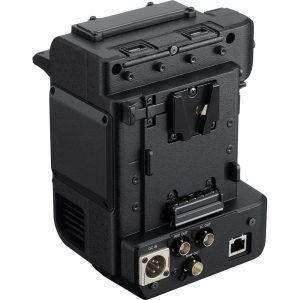 If you’re looking for internal RAW recording, unfortunately, you’re out of luck. The FX9 will only be capable of external RAW recording via an optional module (the previous XDCA-FS7 extension Unit is not compatible with the FX9).

The new module (sold separately), called the XDCA-FX9, will allow you (in a future update) to output 16bit RAW to a compatible external recorder.

The FX9 has both timecode and genlock options built in to the camera unlike the FS7 which required a separate module to do so.

If you’re a fan of the previous FS7, you need not worry, Sony is adamant that the FX9 is not a replacement, for the workhorse FS7, but is instead, only the newest option in Sony’s line up of Pro Level camcorders.