Solar Eclipse Photography: What You Should Know Before You Shoot 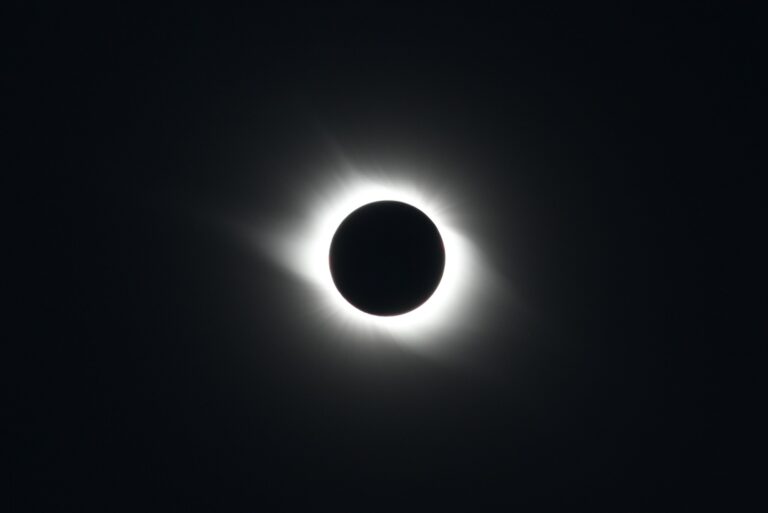 The upcoming total solar eclipse on August 21, 2017, dubbed the “Great American Eclipse”, will completely darken skies across parts of the United States and partially darken the sky across the rest of the continent as it crosses from the west coast to the east coast.

Warning – Never look directly at the sun with the naked eye or through an unfiltered lens. To do so could cause permanent damage or blindness within seconds.

One of the things that makes this rare event so special is that it’s the first coast-to-coast total solar eclipse in the US since 1918 meaning there are relatively few people alive today who would remember viewing the last one with their own eyes.

While, we in Canada, won’t experience a total eclipse, a fairly large portion of the southern part of the country will experience a partial eclipse of around 70% – 80% depending on where you are located.

Of course, if you’re feeling adventurous, you could make the trip down to the United States to capture the eclipse in it’s full darkened glory.

Now, before we go any further, we need to talk about how to keep your eyes protected, but still be able to enjoy the beauty of the eclipse.

The best way to protect your peepers is to wear approved “eclipse glasses” (regular sunglasses will absolutely not protect your eyes) while it’s happening. They are fairly inexpensive and can be ordered online. Just make sure that you order them from a reputable source and that they are ISO & CE certified as eclipse glasses.

They look a bit like retro 3-D glasses, but have Mylar or Polymer lenses that should filter out 100% of UV and infrared rays, and 99.999% of visible light.

Find out how to build your own pinhole projector here.

Lastly, you can use a pair of binoculars or a telescope to project the image of the sun in much the same way as the pinhole projector above.

Find out how to make a sun projector using binoculars here.

5 stages in a complete solar eclipse *:

So now that you know where, what and when will happen with the eclipse, what about the gear you’ll need to capture you own stunning images of this event?

Let’s start with the camera…

Sorry point-and-shoot fans, but to really make the most of this once in a lifetime event, you are probably going to want to use a camera that has interchangeable lenses*. So this means you’ll want to source out a DSLR or mirrorless camera.

*This is not to say that you can’t use a point-and-shoot camera at all. There are more advanced P & S cameras with impressive built zoom capabilities such as the Nikon P900 (features a mind blowing 98x optical zoom (35mm-equivalent 24mm to 2000mm) or the Canon PowerShot SX60 HS (with a 65x optical zoom (35mm-equivalent 21 to 1365mm). Just make sure that you are using a camera that is able to mount the proper type of filter to the lens before you shoot.

If you have a full-frame camera the best results will be achieved using a lens with a focal length of between 300 mm to 1000 mm.  If you don’t have access to such a lens, you’ll probably be better off shooting the eclipse on a camera with a Crop Sensor, such as APS-C or micro Four Thirds using a “full-frame” lens.

Well, without getting too deep into the subject, it all comes down to how sensor size affects focal length*.

*Just to be clear, sensor size does not change the physical properties of a lens, just the area of magnification by “cropping the image”.

So let’s assume you shoot on a camera with an APS-C crop sensor (1.6 x digital multiplier) with a “full-frame” 300 mm lens. Because of the way that sensor size affects focal length, it’s roughly the same thing as shooting on a full-frame sensor camera with a 480 mm lens.

So all things being equal, shooting on an ASP-C or Micro Four Thirds camera with a shorter focal length full-frame lens will still allow you to capture some amazing images.

If you want to know more about sensor crop factors and equivalence, photographylife.com has a great article here.

So with that in mind, let’s move on to lenses…

No matter which camera type you are shooting with, you’ll want to purchase, rent or beg to borrow the longest lens you can get your hands on.

If shooting on a full-frame sensor camera, the minimum focal length you’ll want to consider would be 300mm. Anything shorter than that and you probably won’t get the desired results as the sun will appear too small and get lost in the frame.

Ideally, you’ll want a lens with a fixed focal length somewhere in the 400mm – 600mm range.

Alternatively, if you can’t source out (or afford) one of the lenses mentioned above, you could look into a telephoto zoom that goes up to 400mm or 500mm.

There are lot more options if go this route, as Canon, Nikon, Sony, Sigma and Tamron all offer great lenses that won’t break your pocketbook.

Of course, if you plan on shooting with non-full-frame (ASP-C or Micro Four Thirds) camera mounted with a full-frame lens you can go with a slightly shorter focal length.

Keep in mind that you may need an additional adapter ring if you plan on using a full-frame lens on these types of cameras. Check your camera manual or contact the manufacturer to confirm.

Filters – don’t shoot without them. Seriously!

If you don’t have a solar filter (specifically designed for shooting a solar eclipse) or a ND filter (we suggest 15-stops or stronger, you can stack different strengths to reach this if necessary) you might want to consider packing up and going home.

The importance of using the correct type of filter can not be stressed enough as the intensity of light during the eclipse can do serious damage to your camera’s sensor without one.

Other Accessories to Consider

Here are a few additional resources and articles on the best techniques for photographing the August 21st Eclipse.

The next total eclipse affecting North America will occur April 8, 2024 and will be visible in the eastern half of the continent.

Shooting a car commercial with the DJI OSMO Action camera