Speedlight Basics: Everything you need to know about on-camera flash

However perhaps you feel limited by the existing natural light, maybe you don’t always have a big beautiful north facing window to work with, or maybe you find yourself in darker situations and need something more than that pop up flash on your camera.

The next step in your evolution as a photographer is to create your own light or enhance the available natural light sources to make your photos even better! Whatever situation you find yourself in, maybe you are considering getting a flash for your camera and with all the options out there you just don’t know where to start.

So we have built this quick guide to speedlights that might help you.

To start off we will be talking about the main features that speedlights offer, what they do and what to look for in your next speedlight. We will talk later about using them off camera and the creative options that it opens up in another post, so look out for that!

Make sure your flash is compatible with your camera!

First step to narrow down the choices is to make sure you get a flash that will work with your camera. IE Nikon speedlight for Nikon cameras, Canon speedlite for a Canon camera (and yes both companies spell speedlight differently). Or to make it a little more complicated when looking at a third party manufacturer, you will want to get the model that says it’s made to be compatible with say Canon or Fuji or Sony or Nikon cameras etc. As someone starting off this will make your life a lot easier! You technically can use different brands with each other but you will lose out on a lot of the features since they won’t be able to “talk” to each other.

And my first suggestion would be to make sure you buy a flash that has a tiltable flash head as that will open up a lot more possibilities when it comes to lighting your subject. Such as being able to bounce the light off a ceiling or wall for a more flattering look as opposed to having the flash pointed directly at your subject. So if you have a speedlight bounce that light whenever you can, it will look much better! Fixed head speedlights are usually cheaper, smaller and less powerful so I would steer clear from speedlights with a fixed head unless you needed it for a specific reason.

The Importance of GN Guide Number

Power output will probably be another consideration you’d make when deciding which speedlight to purchase. The power output of speedlight is measured by their GN, Guide Number. Simply put, the higher the GN the more powerful the flash is, but it can get a little more complicated than that when you dive into it as there are a few variables when measuring the GN. But I wont get into it here as that is a whole can of worms, but you can read up on it here.

The first and most obvious is that it will have more output power! And if you compared the more powerful model to a weaker model at equivalent power levels the more powerful model would likely also recycle the flash faster which means you’d be able to shoot faster and not have to wait for that flash to recharge before it’s ready to go again. And that can be a big deal depending on what you’re shooting, like for events, or weddings or anything where you need to be ready to shoot at a moment’s notice. Plus depending on the speedlight higher end models usually also usually have a few other nice features such as build quality, weather sealing, and wireless capabilities for if and when you decide to start using the flash off camera.

Most flashes on the market use something called TTL (through the lens) metering, which is basically auto mode. In a fraction of a second when you hit that shutter button your flash will usually send out a pre-flash (a quick strobe before the “real” flash is fired) in order to meter the scene through your lens and determine the amount of flash power it will need to output in order to get the correct exposure. Once it has that info it will fire the flash at the correct intensity for your photo.

TTL is a lifesaver, because before that you would need to manually adjust the flash power yourself, so if you got closer to a subject you’d have to turn the power down and if they got further away you’d have to turn it up! TTL makes it so you aren’t spending so much time fumbling around with your settings and can focus on the subject.

Pretty much every speedlight on the market also has a manual mode (there are also some manual only speedlights you can get as well) for when you’d like to take control of the lighting yourself for creative purposes. Unless you are more experienced with lighting I suggest spending a little more and getting flash with TTL.

A TTL compatible speedlight will usually also offer you a whole host of other features.For example what I believe to be the second most important innovation to come along with speedlights, and that is the invention of HSS (high speed sync).

Almost every camera out there has what is called their maximum sync speed, before HSS you were limited by this camera sync speed. Simply put, your max sync speed would be the fastest shutter speed you can use when you are using a flash of any kind before you run into any flash syncing issues, and that sync shutter speed is different with each different camera. Usually it ranges from 1/125 – 1/250th of a second.

HSS gets around this problem and allows you to use much higher shutter speeds, which is great especially when you are using a flash in brighter situations, letting more easily overpower the sun with your little speedlight for more dramatic photos. If you want to read up more specifically about HSS take a look at this article here!

Another great feature that you’ll find in TTL compatible flashes will be rear curtain sync. There are actually two options here, front and rear curtain sync, by default the camera will use front curtain sync as that can be done with any flash and a TTL compatible flash is not needed for it. Rear curtain sync is the tricky one to do and you’d need a flash to be able to talk to the camera in order to get that done properly. So what is rear and front curtain sync. Well it’d be easiest to show you with this example. Basically you decide when you want the flash to fire when you take your exposure. So if you are doing a longer exposure you can decide if you want blur to appear at the start or end of the exposure. And more often than not rear curtain sync looks the most natural as it gives the image a proper sense of motion.

The next exciting feature to come out with newer flashes is wireless flash control. Previously in order to fire a flash remotely you would either need to use a cable which limited its use, or in some cases, the flash may have an optical slave (or infrared) built in, so that it would fire when it saw another flash go off (like perhaps the flash from your pop up flash). The optical slave worked ok, but it required line of sight,and if it didn’t see a flash it would not fire.

Today you could still use both of those options, or now various speedlights can also be controlled and fired wirelessly through a radio trigger.

Some of these flashes now have a radio receiver built into the speedlight itself so you would just need to purchase a separate optional transmitter or perhaps a second flash unit to have one mounted on camera to use as a Master and the other as the Slave.

Some other systems will require you to purchase both a separate transmitter and receiver, to attach to the camera and to the speedlight.

The best part about the radio transmitter systems is the fact that some systems fully integrate the TTL system of your flash, letting you use all the above benefits wirelessly. Which is a feature that you would have had to give up if you were using a simple optical slave system (Nikon had their CLS system which was their IR based wireless system that allowed for TTL).

If you’re looking to take your lighting to the next level, being able to use and control your lights off camera will make the biggest difference to your photography. Though built in wireless radio systems are not found on all speedlights, usually for brands like Canon or Nikon, Godox mid-higher tiered models will have them built in. So that is something to look for if you feel that you’d like to try your hand on using flashes off camera.

In the next article we will talk about how these features work in real world photography and how they can change the way you shoot! 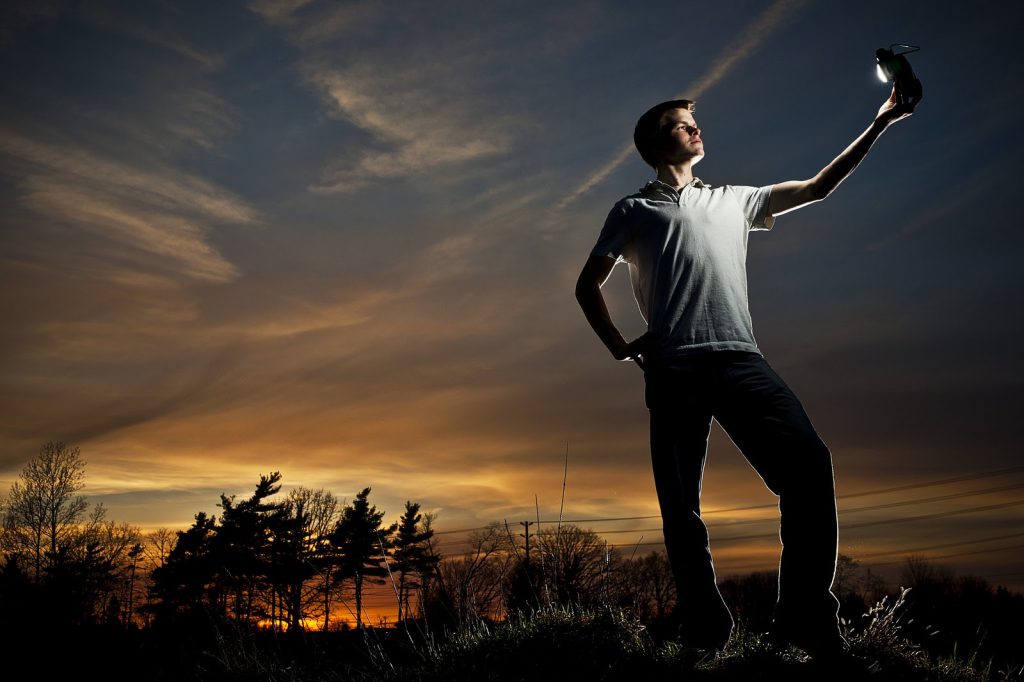 From how just tilting a speedlight up a little bit and bouncing it off a ceiling or wall can really improve the quality of light, or how to use speed light with attached and/or external modifiers, or incorporate the sun, or multiple speedlights to create stunning Rembrandt style portraitures, or how the small humble speedlight can actually overpower the sun thanks to HSS.

Kyle McDougall: How To Find Ideas & Direction For Photo Projects