The Mystique of Black & White 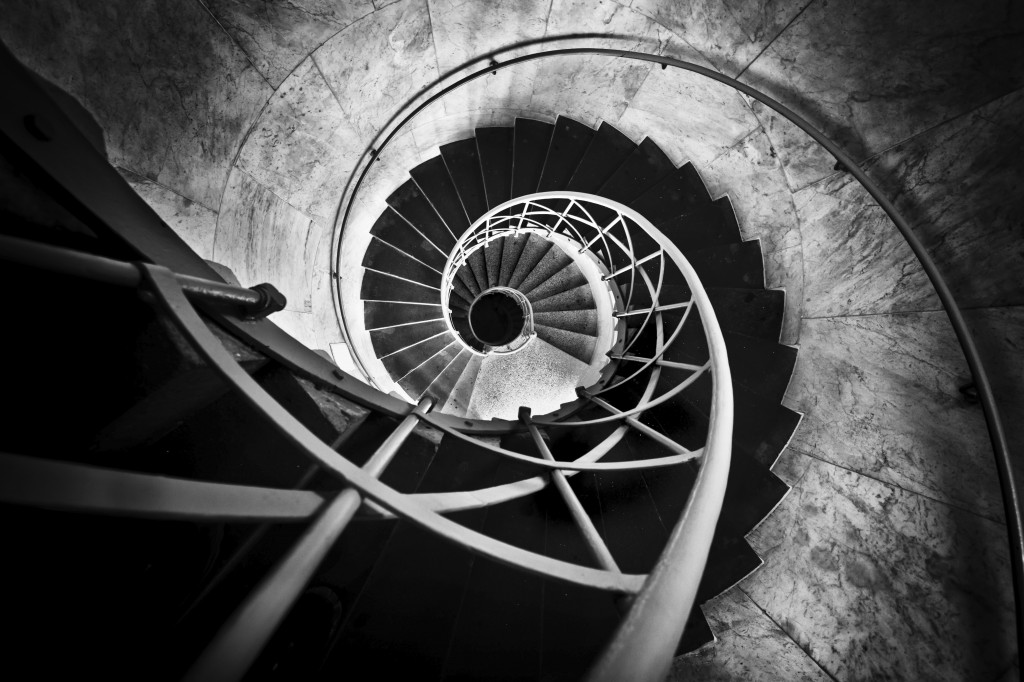 Have you ever had the chance to shoot a scene, then immediately re-shoot the identical same scene in black-and-white(b/w)?

It’s like an altogether different picture. Miraculously, the instant the colour is removed it becomes more intriguing. At least for me it does. Not only do I look at it differently, I often give it higher artistic marks.

Somehow by removing the colour, the image has seemingly acquired magical qualities.

Why do you suppose that is?

What is it about b/w? What’s the allure?

Does the lack of colour allow us to focus more intensely on the subject? In the case of objects, are we better able to appreciate shapes and angles? For example, a favourite b/w photo of mine is a shot of a winding staircase. It’s an elaborate structure with magnificent curves, and I think b/w not only captures but also magnifies the features. Another example is the Eiffel Tower, where out of thousands of pics the ones that best capture the intricacy of the iconic structure’s steel membrane are b/w.

And it’s not just structures. Does removing skin tones from portraits allow us to focus more strongly on the individual? The shape of the nose, the facial structure, the texture of the hair, does the elimination of colour force us to recognize the model’s distinguishing features? Do the eyes, ears and nose become more pronounced? When Vistek recently presented portrait photographer Gregory Heisler, his best photos, in my opinion, were his b/ws.

Here’s a thought, maybe the appeal of b/w is due to the fact that we evaluate photographs differently than other art forms?

Think about it. Have you ever heard of a gallery of b/w paintings? And although there are aficionados of b/w movies (guilty, I much prefer the original Casablanca) it’s safe to say the majority prefers living colour.

Here’s a weird thought. Maybe b/w has some primal attraction. Many species of animals see in black & white, or as is the case with dogs and cats a lesser ability to process colour. Maybe in an earlier stage of our evolution we did, too. It’s possible the ability to see in colour in Homo sapiens is a recent acquisition.

If you love b/w check out these sites. Also, feel free to share some of your favourites.