Gimbals: Essential Tools for Filmmaking On The Go… 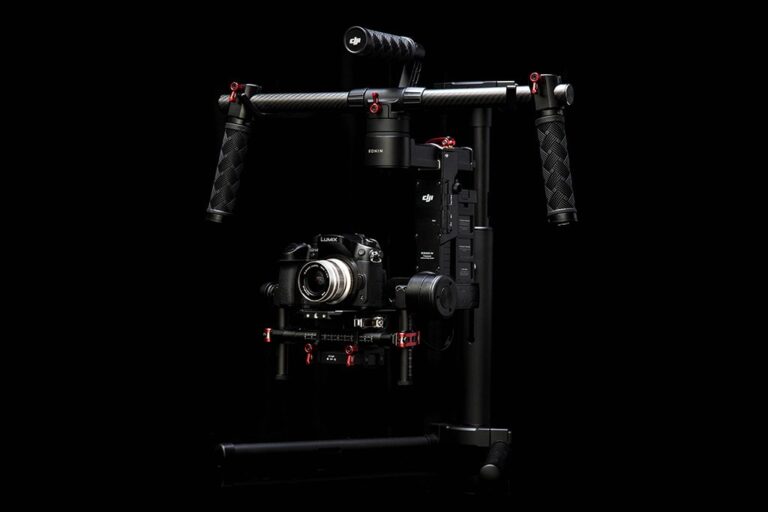 They might not be as sexy as some of the other products to come out of NAB Show this year, but that doesn’t make them any less important! Gimbals and their controllers are an integral part of of the filmmaking process and some might even call them the backbone of the industry…

In an earlier post, we introduced you to the awesome Freefly Alta Aerial Platform and while we were busy drooling over that, they also announced an exciting new controller for their MōVI line of gimbals called MIMIC.

While it might not seem as exciting as the ALTA, the MIMIC controller is helping to pave the way into the future of remotely operating gimbals. Sure to be a big seller, the Kinetically operated MIMIC is so easy to use that anyone, after a bit of practice can operate it.

“With the MIMIC there are no joysticks, knobs or wheels. Just tilt, pan and even roll the MIMIC and the MōVI will follow. It is a system so intuitive and organic that operators can execute complex moving shots with precise framing after just minutes of practice.”

Still need convincing? Here’s some video of it in action

The Freefly MIMIC is expected to land at dealers later this month.

Adding to Freefly’s long list of new products is the introduction of the MōVI XL to their line of gimbal stabilizers. Designed for camera systems like the ARRI Alerxa and Phantom Flex 4K it adds the heavier lift capability that was missing from the line.

The MōVI XL is expected to ship later this summer.

Featuring all of the functions of the original Ronin, the re-engineered Ronin-M offers increased functionality as well as a reduction of size and weight.

Weighing just 5 lbs, it’s small enough to fit in a backpack, yet robust enough to support camera set-ups weighing up to 8 lbs. When you add the ability to switch between 3 modes of operation without additional adjustments, the freedom to mount on a wide-range of universal connections and a runtime of over 6 hours, the RONIN-M is the obvious choice for film-makers on the go.

Available for pre-order before the end of the month.