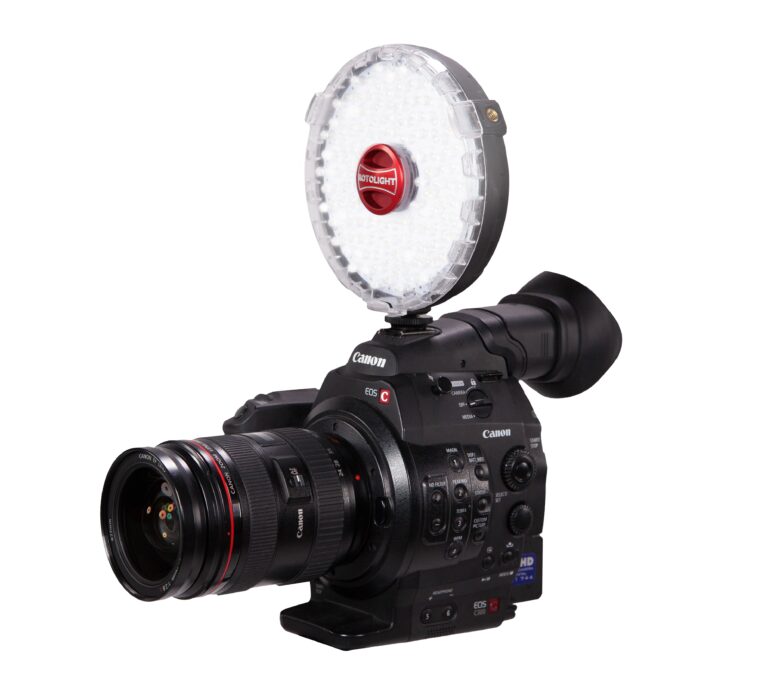 Even the smallest of packages can deliver a huge impact!

Identified as one of the most innovative new products at NAB Show 2015, and shortlisted as a “Finalist for the International Association of Broadcast Manufacturers (IABM) Game Changer Awards 2015”. in the ‘Acquisition and Production’ category, the new Rotolight Neo™ is going to be one of the must have items of 2015!

The Neo™ will be the secret weapon in your arsenal, whenever a key light, fill, extra kick or catch-light is needed. Available as a single or 3 light kit, Neo™ includes a belt pouch, power supply and 4 piece Filter Pack that includes Diffusion, Skin Tone and Magenta.

Features that excite us:

Proving that you don’t need to “go big or go home”, the new 502 on-camera external monitor from SmallHD, packs a punch. Featuring a Full HD, 1920×1080 LCD display and boasting a pixel density greater than the iPhone 6, the 502 is the sharpest 5-inch camera-top monitor in the world. The 502’s 441 pixels per inch LCD display is able to produce 85% NTSC Colour Gamut, which puts it almost on par with the colour capabilities of OLED technology.

The SmallHD Sidefinder is a full featured HD viewfinder with a flip-out 1080p display. Built on the 502, the Sidefinder also features:

The 502 and Sidefinder are expected to arrive later this summer.

Profoto A10: Speedlight that works with your camera or smartphone