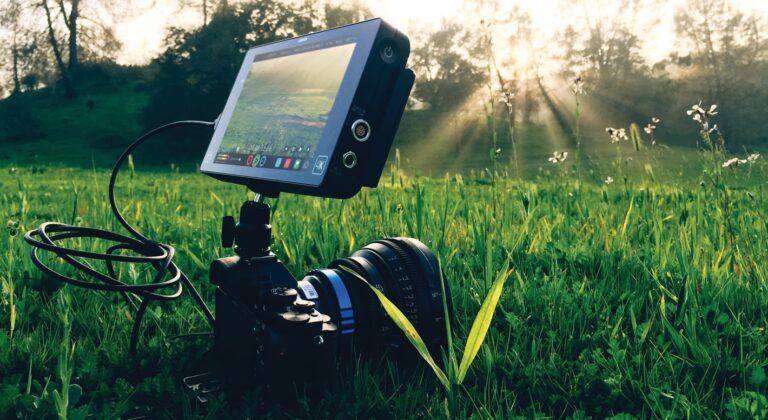 Atomos made an impressive showing at day 1 of NAB 2014 – unveiling two all-new products that are guaranteed to change the way you record video in the field.

Atomos, the creator of the award-winning Ninja and Samurai camera-mounted recorders, and the Connect converters, will launch the Ninja Star at NAB 2014, (7-10 April, Las Vegas Convention Center, booth number C9532). The Ninja Star is a must have for people who need to “Record Apple ProRes on Board” camera rigs, such as Drones, RC Helicopters, extreme sports and Reality TV.

“Our customers screamed for a tiny flash based ProRes recorder and player for extreme applications, their second location cameras or simply when they already had a monitor.” said Jeromy Young, CEO and Founder of Atomos. “At $295 with low cost Gen 1 CFast, weighing a mere 100gms (3.5oz), it’s price, durability and portability is unmatched – this is one of our best creations yet!”

The Ninja Star is the next break through in external HDMI recorders based on core technologies that have made Atomos the leader in camera mounted solutions. Its small, self contained size and flexible mounting options allow DP’s and cameramen to mount it to just about any POV set-up and offer edit ready format recording with ProRes.

Since the company was founded in 2010 Atomos has broken new ground in the design and functionality of recording, monitoring and playback devices. By listening closely to their customers Atomos recognised a common need for a light and portable ProRes recorder which has greater flexibility with mounting options. The dimensions of the Ninja Star are a slender 3.5″ wide, 2.3″ tall and 0.8″ deep and it weighs a fraction of a normal recorder at just 100grams (3.5 oz). The Ninja Star is perfect for creative or extreme camera work or in situations where a large monitor is prohibitive or stealth is required.

Taking advantage of low-cost, modern technology by utilising HDMI-capable pro-video and consumer camcorders, as well as DSLRs and mirrorless breeds. The Ninja Star can record in both HD and ProRes to capture pristine, 422 10-bit images straight from any camera sensor directly to inexpensive first generation CFast media with up to 3hrs ProRes for $250. It also features Timecode and Start/Stop Trigger along with Audio Line-in.

 ”Finally the camera the world has been waiting for, Sony has pulled out all the stops to deliver the world’s first  Full Frame Video sensor in a camera for the masses.” said Jeromy Young, CEO and Founder of Atomos. “We  are very proud to give 4K recording capability to the Sony A7S with our brand new 4K ProRes Shogun which sports a 1920×1200 7” killer monitor and unparalleled affordable 4K recording”  . The Atomos Shogun is the world’s first 4K HDMI and 12G SDI monitor recorder and deck. With clean HDMI out direct to 4K ProRes onto single SSDs or RAIDed HDDs – 4K is now a mainstream  reality at the equivalent of $40 per hour for storage media. With Sony’s pedigree and reliability coupled with Atomos’ revolutionary feature set and price points, this combination at under $5K is the most compelling video solution on the market today.  Like the Samurai and Ninja Blade, Shogun allows the recording of pristine, 422 10-bit images straight from the  camera sensor captured using 4K/HD ProRes, Uncompressed RAW Cinema DNG or Avid DNxHD codecs. Waveform and monitor assist tools such as luma parade, vectorscope and tri-level focus peaking offer a very  comprehensive test and shot setup tool kit.    launch presentation and Q&A on day one of the show to be held at 12.30pm on the Atomos booth C9532.